“Sayat Nova is Azerbaijani, not Armenian; he is Seyat Neva” 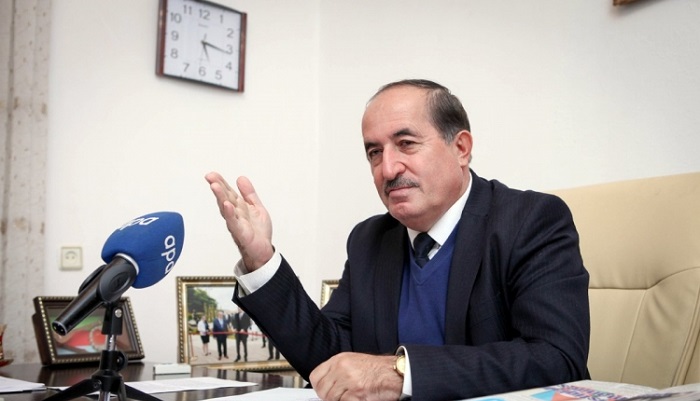 Sayat Nova is Azerbaijani, not Armenian, and he is Seyat Neva, the chairman of Azerbaijani Ashugs’ Union Maharram Gasimli told APA.
“I don’t know how come Sayat Nova is introduced as Armenian. In fact, he is Seyat Neva, not Sayat Nova,” said Gasimli. “Our old ashugs used to recite poems in Russian, Georgian, and Armenian at any time. Seyat Neva too has written poems in Armenian and Georgian. He wrote mostly in Azerbaijani and he is Azerbaijani, not Armenian. He was born in Tbilisi. The Armenians introduce him to the world as an Armenian ashug.”

He noted that said that there is no fact of Seyat Neva being an Armenian.