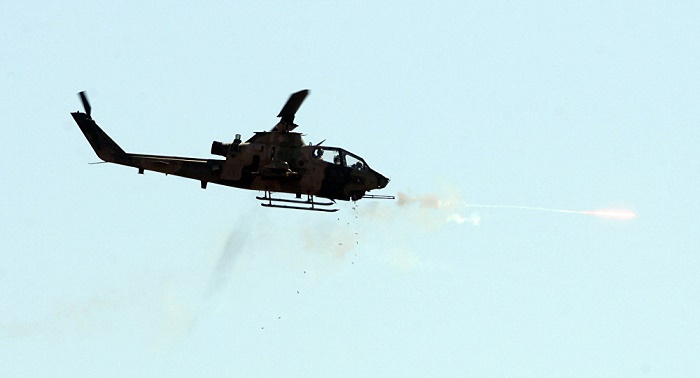 At least 42 helicopters have gone missing from Turkey`s military inventory in the wake of the failed coup attempt on Friday evening causing concern that there may be another act to the attempted overthrow of Erdogan.
CNN Turk anchor Serdar Tuncer reports that at least 42 helicopters have gone missing from the Turkish military inventory and says concern is brewing that another coup effort may soon be underway.

"It is as though this rogue will try more things. Can they succeed? No! But will they try?" said the reporter.

Unrest continues in Turkey in the wake of Friday`s failed coup attempt that left at least 265 dead and over 2000 people wounded, most of whom were civilians answering the call of President Erdogan to put down the coup attempt.

​The Turkish government asserts that it has retained full-control of the government and has begun a "systematic purge of the military." On Saturday, the government rounded up over 6,000 individuals who will face prosecution under the country`s treason laws with President Erdogan refusing to rule out applying a death sentence to the traitors. The arrested include 2,745 judges and over 2,800 soldiers in the Turkish military including Erdogan`s top military adviser.

The US State Department cautions that the situation in Turkey remains unstable in the wake of the failed coup plot and warns foreign travelers against visiting the country citing an increased terror threat as chaos ensues across the country.

NATO also maintains roughly 90 tactical nuclear weapons at the Incirlik Air Base, from where the 42 helicopters have gone missing, causing concern about the security of US weapons in Turkey and raising the specter that terrorists may ultimately be able to get their hands on advanced weaponry or potentially a nuclear bomb.