Azerbaijan responds to US accusations 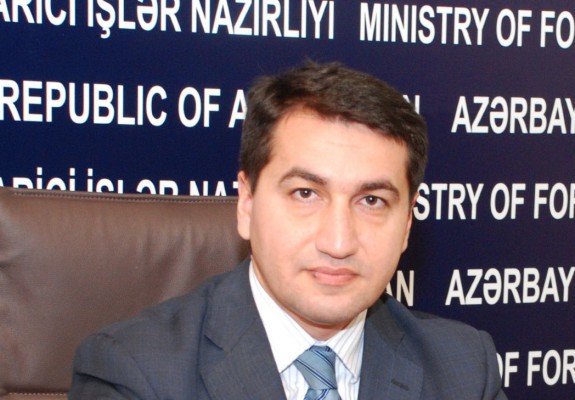 Hajiyev said Azerbaijan has fully ensured the rule of law, protection of fundamental freedoms and the independence of judiciary.

“No one is prosecuted in Azerbaijan for his or her political views or activities. Azerbaijan fulfills its international commitments. Rasul Jafarov was prosecuted for tax evasion, embezzlement and his other illegal actions. All are equal before the law, and activities of human rights defender do not exempt them from liability. The US Department State’s statement that runs contrary to the rule of law is aims to interfere in the domestic affairs of Azerbaijan,” the spokesman noted.

“As a continuation of its aggressive policy, Armenia holds provocative military exercises in the occupied Azerbaijani territories, and the U.S. does not react to it. It would better if the U.S., which has an interest in criminal cases under the protection of human rights, paid attention to the restoration of the rights of over one million Azerbaijani refugees and internally displaced persons who deprived of their fundamental rights and freedoms as a result of Armenian occupation,” he added.