Back to Karabakh "" Inspirational VIDEO 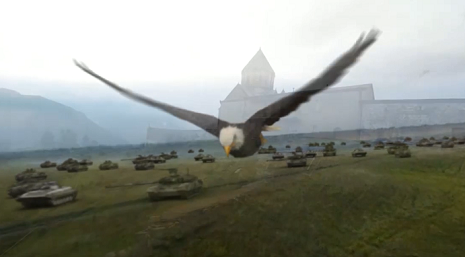 Unusual Project has been prepared regarding with Azerbaijan Armed Forces Day.

The short inspirational animation film shows that one day Azerbaijani soldiers will do return to Karabakh.

The film shows Azerbaijani flag waving over Nagorno Karabakh, and the ruins been already restored after the freedom of the Azerbaijani territories from Armenian invasion.

The above mentioned film is the joint project of AzVision.az , Public Union `Vision to the Future` and The Council on State Support to NGOs under the auspices of the President of the Republic of Azerbaijan.