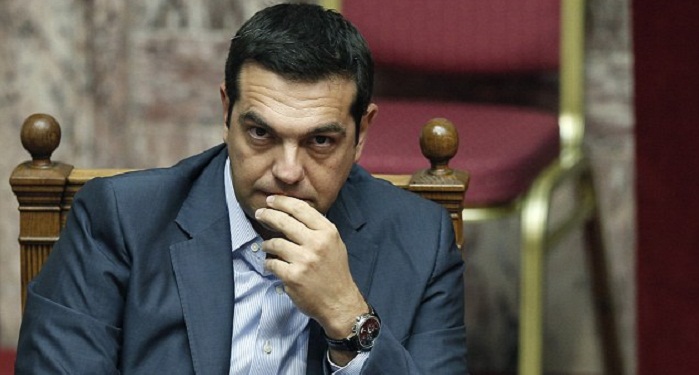 Greek Prime Minister Alexis Tsipras on Monday said conditions need to be created to facilitate "historic steps" in Turkey-Greece relations, one day before an official visit to Ankara and Istanbul.

"The conditions must be created in Greek-Turkish relations for historic steps to take place," Tsipras said in an exclusive interview with Anadolu Agency (AA).

Tsipras, who also holds the post of foreign minister, will make an official visit to Turkey on Feb. 5-6 upon the invitation of President Recep Tayyip Erdoğan, the Turkish Foreign Ministry said in a statement Monday.

The visit will address all areas of bilateral relations and relevant regional and international developments, seeking to take steps to improve cooperation, the statement added.

After meeting with Erdoğan and government officials in Ankara, Tsipras will travel to Istanbul to meet the leader of the Fener Greek Orthodox Church Patriarch Bartholomew I.

Tsipras said Monday that his relationship with Erdoğan is based on "respect, honesty and directness" although it was "challenged in very difficult moments."

"But it allowed us to consolidate channels of communication on many levels, to overcome obstacles and to be able, today, to speak of a positive agenda," he told AA.

"During my visit I believe we will have the chance to continue the difficult, but frank dialogue we started in December 2017 and to pick up our positive agenda from where we left it," he added, recalling the Turkish president's visit to Athens, which was the first at the presidential level in 65 years.

In the interview, Tsipras called on the European Union to support Turkey as it hosts 4 million refugees.

"I believe that Turkey has taken over the great burden of hosting 4 million refugees. That should always be recognized by the international community and the EU should do all it can to support our neighbor," Tsipras said.

A deal made between the EU and Turkey in March 2016 to discourage irregular migration through the Aegean Sea included a 6 billion euro ($6.8-billion) aid package to help Turkey care for millions of refugees in the country. However, Turkey has so far received only a part of the committed amount. The agreement also allowed for the acceleration of Turkey's EU membership bid and visa-free travel for Turkish nationals within the Schengen Area.

The Greek prime minister claimed Greece has one of the fastest asylum procedures, pushing back against blame by some European leaders, including German Chancellor Angela Merkel, that the Greek side was responsible for the EU deal not "working properly."

Asked whether there is a possibility of new talks on the Cyprus issue, Tsipras said the sides should keep working for "a fair and viable solution based on U.N. Security Council decisions" despite the elections in both countries scheduled for this year.

The Eastern Mediterranean island has been divided since 1974 when a Greek Cypriot coup was followed by violence against the island's Turks, and Ankara's intervention as a guarantor power.

"The reunification of the island on this basis is the only possible solution," he said, calling for "effective preparatory meetings" on the security issue with the Turkish side.

There has been on-and-off peace process over recent years. The Crans-Montana talks in 2017 – which were the most recent initiative, under the auspices of guarantor countries Turkey, Greece and the U.K. – ended in failure.

Tsipras also discussed developments regarding the Muslim Turkish minority's religious freedom in Greece, an issue which was raised by Erdoğan during his 2017 visit to Athens.

"The Treaty of Lausanne is the applicable international convention regarding minorities, so we inform each other on relevant developments on this basis," Tsipras said, branding the issue as an internal one rather than bilateral.

Tsipras said "important steps" had been taken to implement local governance, "the structure and function of the mufti offices and educational issues."

"We will continue in this direction," he said.

The election of religious leaders or muftis has been a key problem of Greece's Muslim Turkish minority of some 150,000 – concentrated in the Western Thrace region – since 1991.

The 1923 Treaty of Lausanne guarantees the religious freedom of the Muslim minority in Greece. However, Greece annulled the Greek Act in 1991 and started appointing the muftis itself.