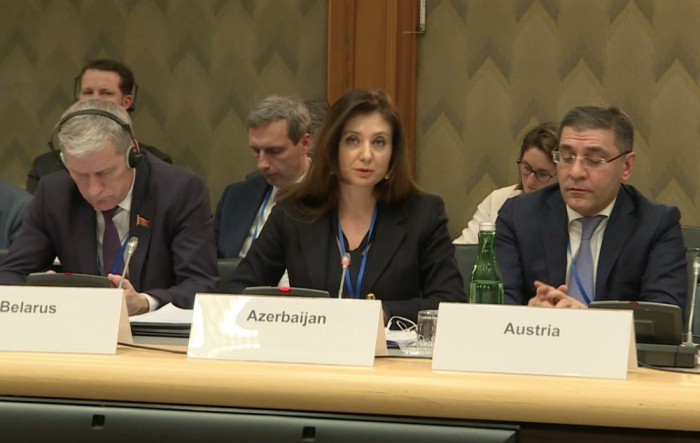 Within the 18th winter session, the OSCE PA General Committee on Economic Affairs, Science, Technology and Environment held a session. The main topic of the meeting was "Effective management” on the fight against corruption, money laundering and financing of terrorism in the OSCE region".

A member of the Azerbaijani delegation, a Member of Azerbaijani Parliament Ulviyya Aghayeva made a speech at the meeting, AzVision.az reports.

The efficient management, promotion of transparency and fight against corruption are among the priorities of the Azerbaijani government, she said.

Talking about the ASAN Service (state agency for public services to citizens of Azerbaijan), established by the presidential decree in 2012, Mrs Aghayeva shared Azerbaijani experience of using modern information technology in the public service sector. The major goals of this institution are to reduce the levels of corruption, increase transparency and promote ethical behaviour in the provision of services to citizens. Today ASAN service is known as the Azerbaijani brand in the world and is being studied and applied by many countries.

Establishment of "ASAN service" has made a great contribution to the reduction of additional expenses of the citizens, improvement of professionalism, increasing transparency and solving the problem of corruption in some public institutions.

It has been 7 years that the ASAN service model has proven the possibility of preventing corruption and expanding the effectiveness of institutional reforms in this area.

Azerbaijan’s network of simplified access to government services ASAN service has been awarded by the United Nations Public Service Award 2015.

Today more than 27 million people around the world benefit from the Azerbaijani brand ASAN service model.