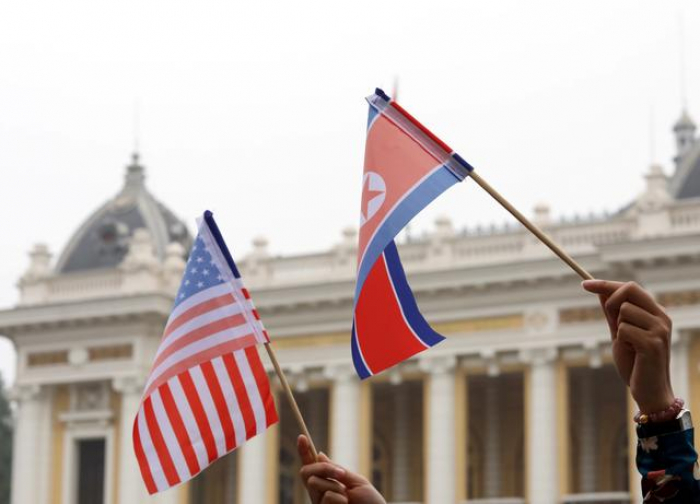 Two senior U.S. senators called on Monday for the Trump administration to correct a slowing pace of U.S. sanctions designations on North Korea, saying there had been a marked decline in the past year of U.S. engagement with Pyongyang.

In a letter to Secretary of State Mike Pompeo and Treasury Secretary Steven Mnuchin, Republican Cory Gardner and Democrat Ed Markey called for a recommitment to robust enforcement of U.S. and United Nations sanctions on North Korea.

The senators, the chairman and ranking member respectively of the Senate Foreign Relations Subcommittee on East Asia, complained that the pace of sanctions designations on North Korea had “slowed considerably” in the past year of U.S. diplomatic engagement with the country.

They cited research by the Foundation for Defense of Democracies think tank saying that the Trump administration had sanctioned 182 persons and entities for North Korea sanctions violations since March 31, 2017, but only 26 since Feb. 23, 2018, “despite ample evidence of illicit behavior from Pyongyang and its enablers.”

The letter pointed to a 2019 U.N. report which found that North Korea had continued to defy U.N. sanctions with a massive increase in smuggling of petroleum products and coal and violation of bans on arms sales.

While welcoming U.S. diplomatic efforts aimed at persuading North Korea to give up its nuclear weapons, the senators’ letter said “the status quo is unacceptable and is contrary to the administration’s ‘maximum pressure and engagement’ doctrine.”

U.S.-North Korea engagement has appeared to be in limbo after a second summit in the past year between U.S. President Donald Trump and North Korean leader Kim Jong Un broke down last month over conflicting demands for sanctions relief and denuclearization.

The State and Treasury Departments did not immediately respond to requests for comment on the Senators’ letter.

Pompeo said in a radio interview on Monday that the administration had “the toughest economic sanctions in history,” on North Korea “but the most promising diplomatic engagement in history” with the country as well.

Speaking to B98 FM in Kansas, Pompeo said Washington aimed to reengage with Kim. Pompeo said on March 5 that he was hopeful he could send a team to North Korea “in the next couple of weeks,” but there has been no sign of such direct engagement since the Feb. 27-28 summit.

The State Department said the U.S. Special Representative for North Korea Stephen Biegun, who has led working-level talks with Pyongyang, would travel to London on Tuesday to meet British, French, and German counterparts to discuss coordinated efforts to advance North Korean denuclearization.