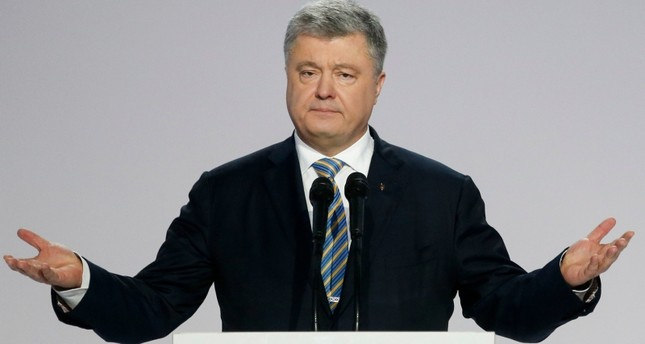 Britain's BBC on Thursday apologized to Ukraine's president and agreed to pay damages over an incorrect report last year about him.

The report on Petro Poroshenko, published last May but since removed from the BBC's website, claimed that a $400,000 payment was made to set up a meeting with U.S. President Donald Trump.

"We apologise to Mr Poroshenko for any distress caused and have agreed to pay him damages, legal costs and have participated in a joint statement in open court," the BBC said on its corrections and clarifications webpage.

The national broadcaster explained: "In our News at Ten bulletin and in an online article published on 23 May 2018 we incorrectly reported that Petro Poroshenko, the President of the Ukraine, had procured or authorised a corrupt payment of $400,000 to be made to Michael Cohen, the personal lawyer of Donald Trump, to extend a brief meeting between Mr Poroshenko and President Trump, that had already been agreed, into more substantial talks."

"We believed that the publications made a less serious allegation against Mr Poroshenko, but in the light of a finding by the High Court that the allegation was as set out above, we are happy to accept that this allegation was untrue," it added.