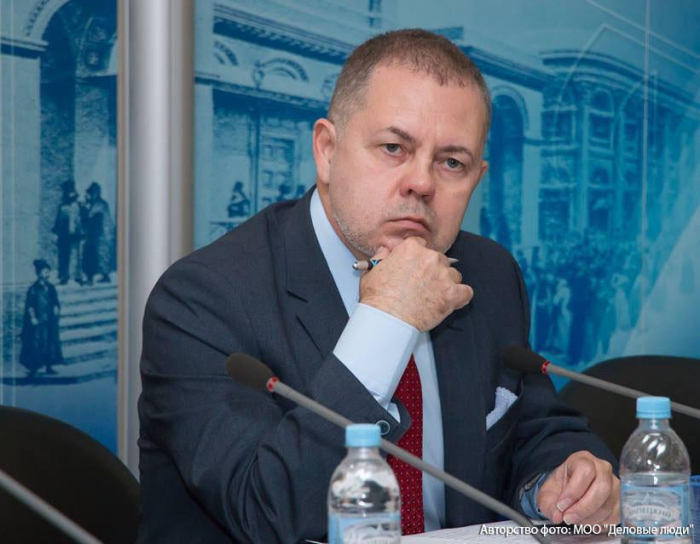 First official talks at the highest level between Azerbaijani President Ilham Aliyev and Armenian Prime Minister Nikol Pashinyan on the settlement of the Armenia-Azerbaijan Nagorno-Karabakh conflict are the main outcome of the meeting in Vienna, Grigory Trofimchuk, a well-known Russian expert in foreign policy, defence and security, told AzVision.az.

“Someone, as always, expected sensations from the meeting, but I didn’t expect them,” he said. “It is clear that Baku doesn’t accept either changing the format of the negotiation process or their very essence and purpose. The Azerbaijani side is aimed at returning the territories without any conditions and according to all previously adopted documents. This, in fact, was confirmed by the Azerbaijani president following the summit.”

“Nevertheless, the Armenian side isn’t going to abandon its fresh statements, either, including the requirement of the “Karabakh people” themselves to participate in the negotiations,” Trofimchuk noted. “I’m confident that President Ilham Aliyev tried to attract the attention of the OSCE Minsk Group co-chairs to these “innovations.” For the same reason, he said after the meeting that he is waiting for a statement by the mediators.”

As for the position of the OSCE Minsk Group co-chairs, it is still the same, the Russian expert added.

“For now, they tried not to notice the obvious attempts by “new Yerevan” to undermine the format of the negotiation process,” Trofimchuk said. “At the same time, as usual, they confirmed their adherence to the entire set of formal documents on Nagorno-Karabakh conflict, beginning from the 90s of the last century. I don’t think that the Azerbaijani authorities will be drawn into another fruitless decade of multilateral dialogues against this background, which is obvious for everyone. The Azerbaijani authorities simply drew conclusions, they simply had to see what Pashinyan’s negotiating style is like compared to that of Ter-Petrosyan, Kocharyan and Sargsyan.”

Trofimchuk noted that it is worth welcoming the fact that President Ilham Aliyev, as an experienced politician, didn’t make any harsh statements and steps after the meeting, and expressed readiness for political consultations, that is, non-military resolution of the conflict.

“But, in any case, Prime Minister Pashinyan’s “projects” on changing the format of the negotiation process, including those with “a chair abruptly pulled up to the table” for representatives of separatist Karabakh, won’t be implemented, as this may start a war,” the Russian expert said.

“If this “chair” was fixed by negotiation documents, as Pashinyan himself emphasizes, the co-chairs for more than two decades of discussions would probably have noticed its absence long ago. The co-chairs themselves, as I think, need nothing more than making a formal report to the world community that they were able to prepare and hold the first meeting on this topic after the political upheavals in Armenia in 2018 and return the negotiations to the old, meaningless direction.”

On March 29, Azerbaijani President Ilham Aliyev and Armenian Prime Minister Nikol Pashinyan met in Vienna. The meeting lasted for more than two hours, and then the negotiations continued in the presence of the foreign ministers of the two countries and the OSCE Minsk Group co-chairs.

As a result, a joint statement was made by the foreign ministers of Azerbaijan and Armenia in the new 3+2 format, and this statement highlights the main issues of the negotiation process, as well as a broad exchange of views on substantive points. It also stresses the need to create acceptable and favorable conditions for the progress in the peace process, and such points as the importance of taking concrete and result-oriented steps in the negotiation process are mentioned.