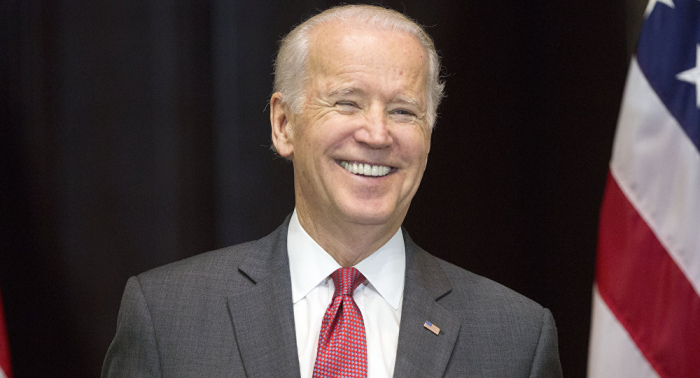 On Tuesday Caitlyn Caruso accused Biden of placing his hand on her thigh and hugging her “just a little bit too long” at a University of Nevada, Las Vegas event on the topic of sexual assault, according to a New York Times report. Caruso told the Times she never mentioned the incident publicly, as she was just 19 when it happened, and she attributed it to the common behaviour of men.

“It doesn’t even really cross your mind that such a person would dare perpetuate harm like that,” Caruso, 22, told the Times. “These are supposed to be people you can trust.”

Another woman, D.J. Hill, 59, said she met Biden at a 2012 Minneapolis fundraising event. When she and her husband posed for a photograph, the then-vice president “put his hand on her shoulder and then started dropping it down her back, which made her ‘very uncomfortable,'” the Times reported.

“Only he knows his intent,” Hill told the Times. “But norms are changing now, and if something makes you feel uncomfortable, you have to feel able to say it.”

Earlier on Friday, former Nevada state legislator and Democratic party member Lucy Flores accused Biden of inappropriately kissing the back of her head while putting his hands on her shoulders when she was a candidate for lieutenant governor of the state. Another woman, Amy Lappos, accused Biden of inappropriate behaviour when she told the Hartford Courant that Biden had touched her inappropriately and rubbed noses with her during a 2009 fundraiser in Greenwich, Conn.

“In my many years on the campaign trail and in public life, I have offered countless handshakes, hugs, expressions of affection, support and comfort,” Biden said Sunday, responding to Flores’ allegations. “And not once — never — did I believe I acted inappropriately. If it is suggested I did so, I will listen respectfully. But it was never my intention.”