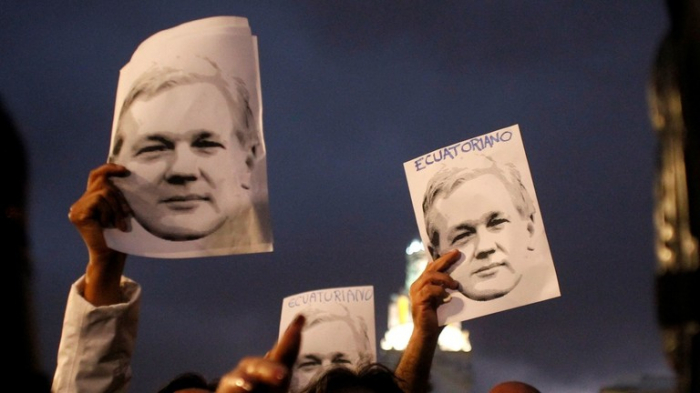 The claims by Ecuador’s President that Julian Assange has “violated the conditions of his asylum” are linked to WikiLeaks reporting on INA Papers that implicated Lenin Moreno in corruption, the whistleblower website said.

A probe against Moreno has been brought forward by an opposition MP, who received a dossier from an anonymous source with documents allegedly revealing that the president and his family were involved in corruption, perjury and money laundering through an offshore firm.

The harsh statements by the Ecuadorean leader against WikiLeaks’ founder came “after WikiLeaks reported on the existence of the INAPapers offshore corruption scandal wracking his government,” the whistleblowers wrote on Twitter.

Ecuador''s President Lenin Moreno stated today that Assange has "violated the 'conditions' of his asylum" and that he will "take a decision" "in the short term" after @WikiLeaks reported on the existence of the #INAPapers offshore corruption scandal wracking his government.

WikiLeaks didn’t publish the INA Papers on its website, but earlier on Tuesday, Moreno said that Assange had crossed the line by pursuing private political interests while being holed up in the Ecuadorean embassy in London. The South American nation granted him asylum in 2012 over fears the UK would extradite him to the US, where he could potentially face the death penalty on charges of espionage.

It is not that he cannot speak and express himself freely, but he cannot lie, nor much less hack private accounts or phones,” the president said in an interview with Ecuadorean Radio Broadcasters’ Association.

While reassuring listeners that Assange deserves respect and to have his life protected, the head of state also reminded audiences that Ecuador is ultimately responsible for his actions.

Moreno did not say if steps will now be taken to kick Assange out of the embassy. However, on Monday, Political analysts María Paz Jervis and Carlos Estarelas indicated that the WikiLeaks founder’s “repeated” violations of government protocol for asylees may have left him open to outright expulsion.

In discussion with Ecuadorean radio, the two analysts noted that “on more than one occasion” Assange had violated the nature of his status as an asylee by continuing to engage in political activity while under Ecuador’s watch, including publishing Moreno’s private documents.

The Ecuadorean president has been ramping up pressure on the WikiLeaks editor since the end of last year, claiming to have procured London’s reassurance he would not be sent into the hands of the US justice system. The government now, however, says a decision must be made in the short term in order to resolve the ongoing standoff.