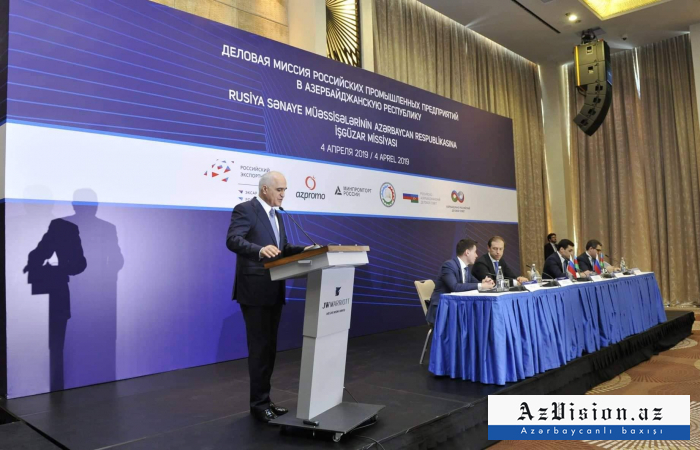 An Azerbaijan-Russia cooperation forum kicked off in Baku on April 4.

Delivering a keynote speech at the event, Mustafayev said about 700 companies with Russian capital are currently operating in Azerbaijan in the spheres of industry, construction, trade, banking, ICT, transport, agriculture, etc.

He said that the trade turnover between the two countries in 2018 amounted to $2.5 billion, which is 20 percent more than in the previous year.

“The mutual trade turnover continues to rise. In the first two months of 2019, the trade turnover between the two countries increased by 4 percent and amounted to $340 million compared to the same period of last year,” Minister Mustafayev added.