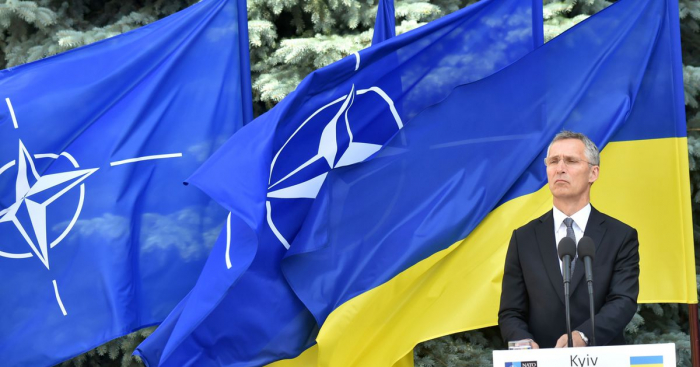 As NATO marks the 70th anniversary of its founding and the 20th anniversary of its expansion into formerly communist countries, it must do more than reflect on the past. To continue fulfilling its mission into the future, the Alliance must no longer allow the Kremlin to wield an effective veto over aspiring members' accession.

NATO marks two anniversaries this year: the 70th anniversary of its founding, and the 20th anniversary of its first expansion behind the former Iron Curtain. Looking back, NATO’s status as the most successful peace project in history reflects not just its military might, but also its ability to provide hope to aspiring members. There is no doubt that the prospect of NATO (and European Union) membership has served as a driving force for democratization and liberalization in the ex-communist countries of Central and Eastern Europe.

With an “open door policy,” NATO continues to accept new allies. And though the zeal for enlargement 20 years ago has given way to wariness about antagonizing Russia, such reticence is ill-advised. Recent history shows that every time NATO has dithered, Russia has moved in.

For example, in April 2008, NATO allies met in Bucharest to discuss offering a Membership Action Plan (MAP) to Georgia and Ukraine. At the insistence of Germany and France, we decided to postpone that decision until the end of the year. In my view, that was a mistake. Just months after our summit, Russian President Vladimir Putin ordered the invasion of Georgia, and Russia has occupied Abkhazia and South Ossetia ever since.

Since April 1999, NATO has provided a formal process for aspirant states to receive advice and support through the MAP program. But the criteria for eligibility makes it virtually impossible for any country with a territorial dispute to become a NATO member. The Kremlin understands this, and so has regularly fomented “frozen conflicts” – disputes over sovereignty that begin with violence but then settle into an entrenched stalemate – to wield an effective veto over further NATO expansion.

A perfect example of this cynical strategy can be found in Ukraine. In 2014, massive street protests in Kyiv prompted then-Ukrainian President Viktor Yanukovych to flee the country. With Ukraine clearly making a sharp pivot toward the West, Putin reverted to type, deploying special forces to annex Crimea illegally. That was soon followed by Russian incursions into the Donbas region of Eastern Ukraine, where the conflict persists to this day.

I recently reviewed my notes from the 2008 NATO-Russia meeting in Bucharest, and I found that Putin had issued statements there that he would later echo following the annexation of Crimea – for example, that Ukraine’s population is one-third Russian, or that it existed in its current form only because of a decision by the Soviet Union . Moreover, then-Polish President Lech Kaczyński had warned at the time of the Georgia invasion that Ukraine would be next. But these early red flags went unheeded.

Nonetheless, Georgia and Ukraine continue to make significant progress toward meeting the criteria for NATO membership, under the assumption that they will indeed join the alliance one day. The prospect of an ever-closer relationship with NATO has provided an impetus for critical democratic and military reforms, and both countries now contribute regularly to NATO missions, more so even than many member states. Still, Georgia and Ukraine will need to undertake further reforms before they can meet the standards for full NATO membership.

Ukraine is now in the run-up to the second round of its presidential election, and Georgia is set to hold a parliamentary election next year. In both cases, these countries’ choices will decide their fortunes for years to come.

Given the stakes, NATO member states should move beyond offering warm words about the democratic will of the Georgian and Ukrainian people, and acknowledge the disruptive role that Kremlin paranoia is playing in the accession process. We should continue to extend our hand in peace to Putin’s Russia, provided it changes its behavior. But we must not condemn aspirant countries to an indefinite “deep freeze” just to appease a strategic adversary. The Kremlin’s aim is to hold these countries back until their progress toward reform starts to slip. We would be neglecting our duty if we allowed that to happen.

On the 70th anniversary of its founding, it is time for NATO to establish clear milestones for further integration. It could start by offering Ukraine an Enhanced Opportunities Partnership, such as what Sweden, Finland, and even Georgia already have. This would formalize Ukraine’s relationship with the alliance, and provide a stepping stone to a MAP and full accession.

At the same time, NATO members must increase the pressure (sanctions) on Russia to end the conflict in the Donbas region, as outlined in the 2014 Minsk Protocol, and withdraw from Abkhazia and South Ossetia. The Alliance must make clear that Russian territorial grabs will no longer be regarded as impediments to offering aspiring member states a path to formal accession.

Here, NATO could follow the model of Cyprus’s accession to the EU. Cyprus is a full member of the EU and the eurozone, but EU law has been suspended in the parts of the island that the Cypriot government does not control. Likewise, NATO could provide security guarantees for all of the territory still controlled by the Georgian and Ukrainian governments.

Why is this important? During a recent visit to the Donbas contact line – the front line between Ukrainian forces and Russia-backed militants in Ukraine – Ukrainian soldiers told me they were proud to be fighting for freedom and democracy not just for their country, but for all of Europe. If NATO is to continue fulfilling its political mission as it enters its eighth decade, it must honor those soldiers’ sacrifice by giving their country a clear path to membership.

Expanding NATO to include Ukraine and, eventually, Georgia was never going to be an easy decision to make. But it is a decision that should lie with current and aspiring member states, not with Russia. The longer we allow Putin’s interference to bear fruit, the more he will seek to undermine the sovereignty of democratic states.


Anders Fogh Rasmussen, a former NATO secretary-general and former Prime Minister of Denmark, is a foreign policy adviser to Ukrainian President Petro Poroshenko and Chairman of Rasmussen Global, a consultancy.