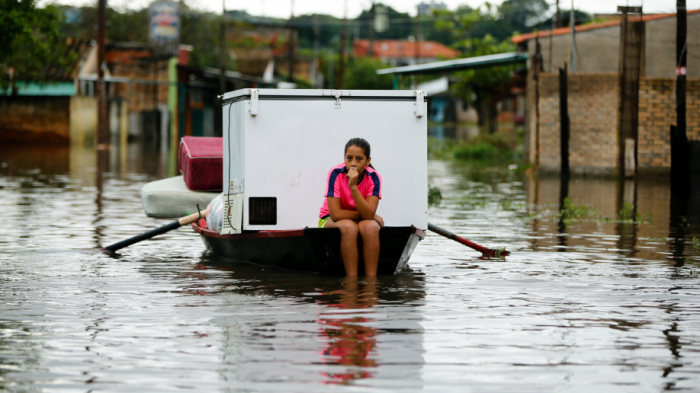 Civil defense officials say heavy rains in northeastern Brazil have killed at least three people and displaced 3,600, while apparently unrelated flooding far to the south in Paraguay has forced some 20,000 people from their homes.

About 3 inches (77 millimeters) of rain fell overnight in the Piaui state capital of Teresina, flooding a neighborhood and killing three.

In neighboring Ceara state, meteorologists say 6.4 inches (162.3 millimeters) of rain fell on the city of Granja so far in April. That's flooded the Coreau River. Meteorologists say rains are expected to continue through Friday.

In Paraguay, emergency officials say about 20,000 people have been forced to evacuate homes in recent days due to rising waters of the Paraguay River, which originates in the Brazilian state of Mato Grosso do Sul.