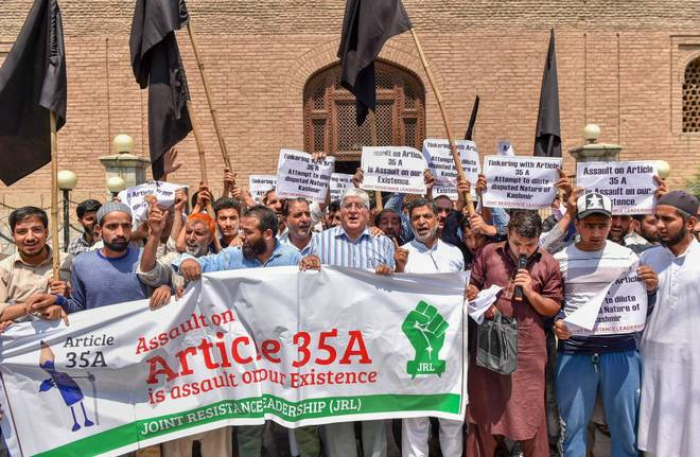 India’s ruling Bharatiya Janata Party will scrap a decades-old law providing special rights to the residents of Jammu and Kashmir state, according to the party’s election manifesto released on Monday.

“We believe that Article 35A is an obstacle in the development of the state,” the party’s manifesto said of the law that prevents non-residents from buying property in the state.

Political leaders in Muslim-majority Kashmir, where India is fighting an armed insurgency against its rule, have warned repealing the law would lead to widespread unrest.