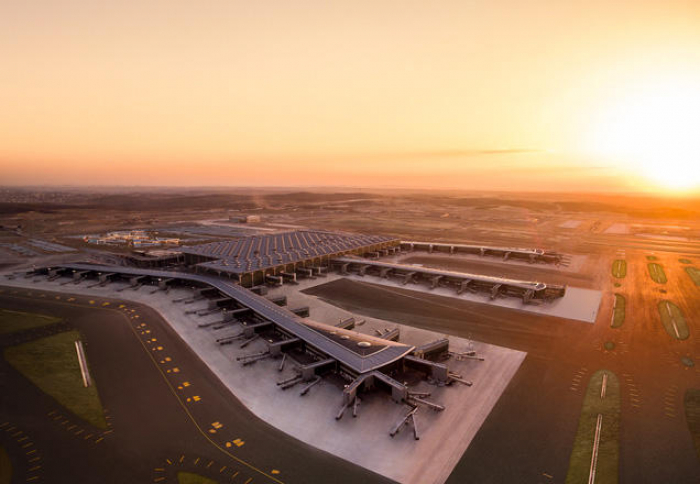 The company participated in the tender under the brand name SOCAR Aviation.

Murat Erdogan, director of SOCAR Turkey [branch of the Azerbaijani state-owned company in Turkey], says that the company will provide the airport with 700,000 tons of fuel annually for 5 years.

According to Erdogan, once the new airport starts operating at full capacity, it will account for 60 percent of the national aviation’s fuel demand. After the start of full-scale operation of the STAR refinery in Turkey, the plant will produce 1.6 million tons of aviation fuel annually.

Despite SOCAR’s presence in the aviation market of Turkey since 2013, the company managed to enter the top 3 largest suppliers of fuel to the country’s aviation sector.

SOCAR began supplying fuel to Turkey by signing a major agreement with Pegasus. From 2019, SOCAR Aviation is already providing half of Sabiha Gokcen airport’s fuel demand, and also supplies airports in Izmir, Bodrum, Antalya, and Dalaman with fuel.

SOCAR is represented in Turkey by its subsidiary SOCAR Turkey Energy. So far, SOCAR Turkey Energy has invested over $14 billion in the Turkish economy. The company employs 5,000 people, while its annual export potential reaches $3 billion. Among SOCAR’s current assets in Turkey are the Petkim petrochemical complex, the STAR refinery and the Petlim port.

The opening ceremony of the new airport in Istanbul, costing 10 billion Turkish liras, was held October 29, 2018.

The third airport was built near the Lake Terkos in northern Istanbul.

Limak-Kolin-Cengiz-MaPa-Kalyon consortium of companies won the tender for construction of the airport.