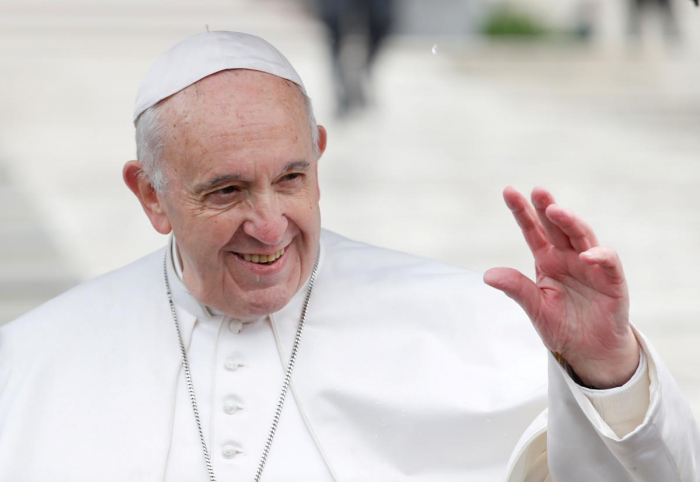 The Vatican is working on a papal document that would establish procedures for Catholics to report bishops suspected of sexual abuse or negligence in sexual abuse cases, according to Vatican sources, Reuters reported.

The document, still in its early stages, would be the second official pronouncement by Pope Francis on the global sexual abuse crisis since he presided at a summit of senior bishops at the Vatican in February.

The first after the summit was last month when Francis made it compulsory in law to report the sexual abuse of children within the Vatican and in its diplomatic missions worldwide.

Victims of sexual abuse and their advocates have long called for measures to make bishops more accountable and to make it easier to report the alleged role of some in cover-ups by the church, negligence or mismanagement.

In its current form, the document is a Motu Proprio, or a personal papal edict. Its working title is “Moral Responsibility”, one of the sources said.

The sources spoke on condition of anonymity because they are not authorized to discuss the matter. A Vatican spokesman had no immediate comment.

The Church’s credibility has been badly tarnished by abuse scandals in Ireland, Chile, Australia, France, the United States, Poland, Germany and elsewhere, in which it has paid billions of dollars in damages to victims and been forced to close parishes.

In 2016, Francis issued an edict establishing that bishops could be removed from office for negligence or omission that led even indirectly to sexual abuse of minors by clergy.

While many national Churches have procedures for the faithful to report sexual abuse of minors or vulnerable adults by a priest, there are no clear procedures to report suspicion of abuse or negligence by a bishop.

Victims held the late cardinal Bernard Law responsible for allowing abuse by priests when he was archbishop of Boston between 1984 to 2002. The abuse and cover up was exposed by the Boston Globe and dramatized in the Oscar-winning film Spotlight.

After he resigned, Law moved to Rome and was never prosecuted either by the Vatican or American civil justice. He died in Rome in 2017.

The current draft of the document includes elements of suggestions made by bishops in the United States on setting up an accessible and user friendly reporting mechanism.

In a speech at the February summit at the Vatican, Cardinal Blase Cupich, the archbishop of Chicago, called for the establishment of “independent reporting mechanisms” where accusations of suspected abuse or negligence by a bishop could be reported.

Cupich said the accusations would be forwarded directly to the Vatican’s ambassador in the county, to a senior bishop in the prelate’s region, and to a board of experts that includes non-clerics.

A preliminary investigation would follow, “if the allegation has even the semblance of truth,” Cupich said in February.

Cupich suggested setting up a dedicated hot line or web portal to receive complaints about bishops but the current draft of the Vatican document does not specify this, according to a person familiar with it.

The draft calls for the creation of a fund to cover the costs of reporting procedures and investigations. If the diocese is in a poor country, the costs could be picked up by one of the Vatican departments that can investigate bishops, the current draft says, according to one of the sources.

The draft speaks of the inclusion of lay people in overseeing the reporting process. Victims of sexual abuse and their advocates have demanded that non-clerics be involved, saying bishops could not police themselves.

The sources said the type, content and title of the document could change as it develops.