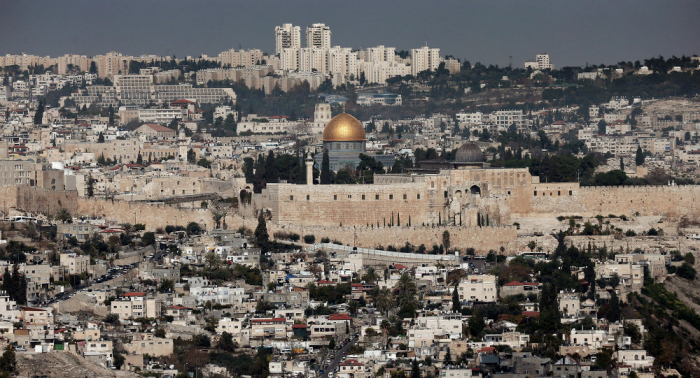 A fire broke out in al-Aqsa mosque in Jerusalem, the third-holiest site in Islam, on Monday. The blaze didn’t cause significant damage, but it did endanger a part of the worship site that’s over 2,000 years old.

Notre Dame de Paris wasn't the only beloved house of worship that caught fire Monday. Part of the Haram ash-Sharif, the huge Jerusalem mosque built where a pivotal event in the prophet Muhammad's life is believed to have occurred, also caught fire, damaging a part of the structure dating to Judean King Herod the Great's reign.

​The fire broke out in the guard room outside the al-Marwani Prayer Room Monday evening, according to a statement by the mosque's Islamic Waqf (Endowments) Department. According to The New Arab, a guard reported a short gap in guard rotations between 7:15 and 7:30 p.m. local time.

The waqf department praised the responsiveness of staff firefighters, who quickly put out the blaze. The fire seems to have been started by children fooling around, and the waqf's statement urged worshipers "who live around the mosque and in the Old City to educate their children not to tamper with fire, especially inside al-Aqsa mosque."

Israeli police told al-Araby they were opening an investigation into the incident. Israel has governed the entire city since 1967, when it seized the territory from Jordan. The United States has recently recognized Israel's claim that Jerusalem is its capital, but few nations have followed suit, with most sticking by the many United Nations resolutions condemning Israel's annexation of the territory.

​Al-Aqsa means "the farthest" in Arabic; a house of worship was built in the site because of a verse in the Quran describing the prophet Muhammad's "Night Journey," which says he went to the farthest mosque before ascending to heaven atop a flying horse named Buraq ("lightning, in Arabic). It's unclear which caliph founded the modern structure, but it was almost certainly built in the late seventh century and steadily expanded ever since.

The al-Aqsa grounds also include the Dome of the Rock, an intricately decorated shrine built on the physical site from where it's believed Muhammad ascended to heaven.

Also known as "Solomon's Stables," al-Marwani was most likely built by Herod the Great, a Judean client king of the Roman Empire during the first century BC. While a Muslim caliph named Marwan I is credited with turning the stables into usable rooms, it wasn't until 1996 that the Palestinian Waqf converted the structure into a modern mosque capable of holding 7,000 worshipers.