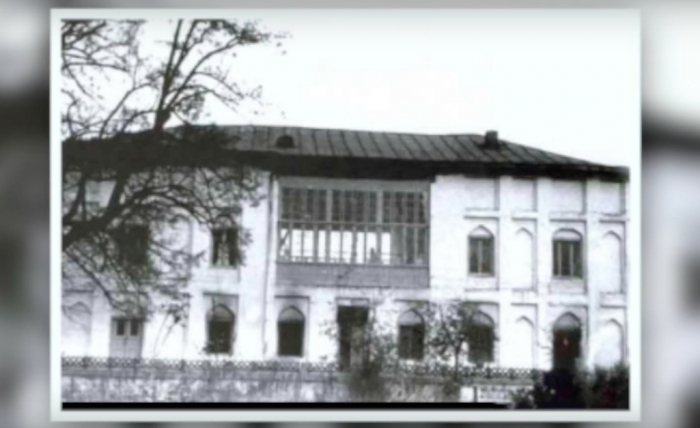 Azerbaijani Community of the Nagorno Karabakh region of the Republic of Azerbaijan has prepared a documentary about the tour taken by Alexandre Dumas (père) through Azerbaijan a century ago.

The film also reminds the famous writer’s meeting with Kurshidbanu Natevan, daughter of the last ruler of Nagorno-Karabakh Khanate Mehdi Gulu Khan during his trip to Azerbaijan in 1858-1859.

The purpose behind the film presented by the Chairman of the Community Tural Ganjaliyev is to draw the world community's attention to the Armenian aggression. Via the film, Azerbaijani community of Karabakh region announces to the world that despite the Armenian enmity, the resolution to the Armenia-Azerbaijan Nagorno Karabakh conflict has no alternative other than ensuring the peaceful coexistence.

Note, in 1858, the author of the swashbuckling Count of Monte Cristo and The Three Musketeers visited the Caucasus. On his nine-month journey, he discovered the region’s beauty. Dumas visited the Atashgah, the fire temple located in the outskirts of Baku, and Sheki, Quba and Ismayilli. He even made his way to Sari Bash, one of the highest villages in Azerbaijan.

Dumas recorded his impressions in the book Travels in the Caucasus (Voyage au Caucase), published the following year in Paris. What Dumas most remembered about the Caucasus and Azerbaijan was the people and their hospitality.

He wrote: If you knock on any door in Azerbaijan, or anywhere in the Caucasus, say that you’re a foreigner and have no place to spend the night, the owner of the house will immediately give you his largest room. He and his family will move to the small room.

Moreover, during the week, two weeks or month that you stay in his house he will take care of you and will not let you want for anything.