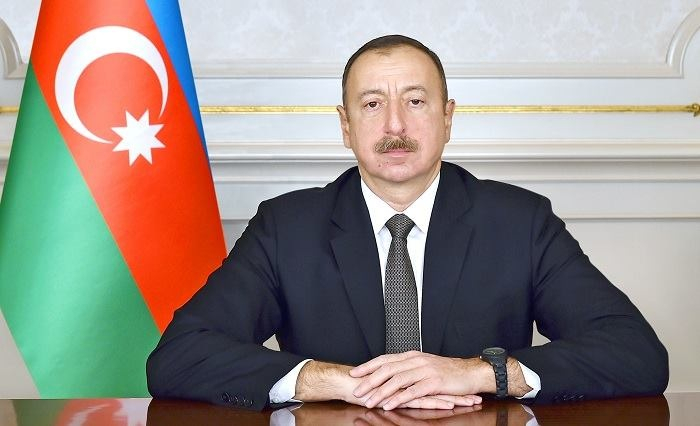 Multiculturalism is one of the important elements of Azerbaijan’s policy, Azerbaijani President Ilham Aliyev said at the opening ceremony of the 5th World Forum on Intercultural Dialogue in Baku May 2, AzVision.az reports.

He said more than 500 delegates from over 100 countries attend this year’s forum.

The head of state noted that for centuries representatives of different religions, ethnic groups have co-existed in Azerbaijan, and religious tolerance has always prevailed in the country.

“Multiculturalism is one of the important elements of our state policy. The Azerbaijani state declared 2016 the ‘Year of Multiculturalism” and 2017 the “Year of Islamic Solidarity” in the country. I think that if the tendency of multiculturalism prevails globally, it would be an important contribution to international peace and partnership,” he said.

The head of state added that discussions to be held at this forum will serve this common goals.

The Baku Process is supported by the UN and other influential international organizations, said President Aliyev, hailing the importance of the decisions adopted within the framework of the this process.

“Despite the fact that Azerbaijan, which is located at the crossroads of Europe and Asia, is young country in terms of independence, it managed to ensure its rapid development,” he said. “Our state policy focuses on the expansion of cooperation and partnership with world countries.”

President Aliyev also emphasized the importance of the giant projects initiated by Azerbaijan.

The head of state also informed the participants about the Armenia-Azerbaijan Nagorno-Karabakh conflict.

He stressed that despite the problems caused by the Nagorno-Karabakh conflict, Azerbaijan keeps developing rapidly.

In the end, the head of state wished the forum participants every success and expressed confidence that discussions to be held as part of the forum will be fruitful.