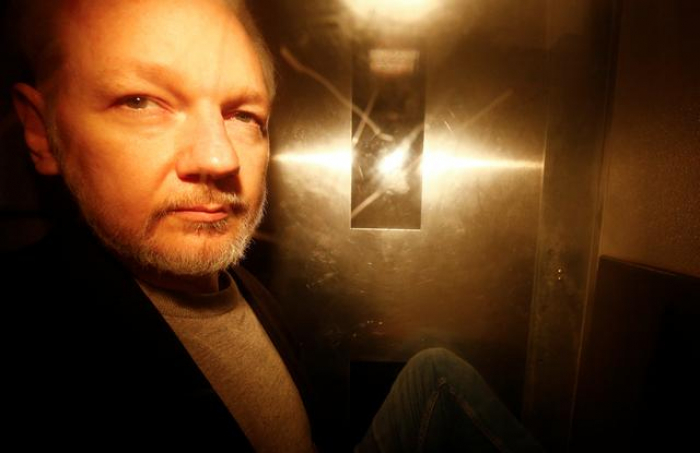 WikiLeaks founder Julian Assange told a London court on Thursday his work had protected “many people” and refused to agree to be extradited to the United States to face trial for one of the largest compromises of classified information in history.

The United States has requested the extradition of Assange, who was dragged from the Ecuadorean Embassy in London on April 11, and has charged him with conspiracy to commit computer intrusion which carries a maximum penalty of five years.

Asked at a preliminary hearing at Westminster Magistrates’ Court whether he agreed to be extradited to the United States, Assange, appearing via a video link from a British prison, said: “I do not wish to surrender for extradition. I’m a journalist winning many, many awards and protecting many people.”

Assange made international headlines in early 2010 when WikiLeaks published a classified U.S. military video showing a 2007 attack by Apache helicopters in Baghdad that killed a dozen people, including two Reuters news staff.

To some, Assange is a hero for exposing what supporters cast as abuse of power by modern states and for championing free speech. To others, he is a dangerous rebel who has undermined U.S. security.

On Wednesday, he was sentenced to 50 weeks in prison by a British court for skipping bail after fleeing to Ecuador’s Embassy in London, where he remained for seven years until police dragged him out last month.

Assange had sought refuge in the embassy in June 2012 to avoid extradition to Sweden to face an allegation of rape, which he denies, saying he feared he would be sent to the United States to face action over the WikiLeaks’ release of classified U.S. diplomatic cables.

Hours after his arrest last month, U.S. prosecutors said they had charged Assange with conspiracy in trying to access a classified U.S. government computer.

The vast majority of these were later released on WikiLeaks.

There were computer room chats showing real-time discussions between Manning and Assange over cracking a password to gain access to classified U.S. documents and the public release of the information, Brandon said.

The case was adjourned until May 30 for a procedural hearing with a more substantial hearing planned for June 12. The full extradition hearing was some months away, Judge Michael Snow told the court.

Police had moved into the embassy to arrest Assange after Ecuador revoked his asylum.