Breakthrough in organ printing thanks to ‘secret ingredient’ 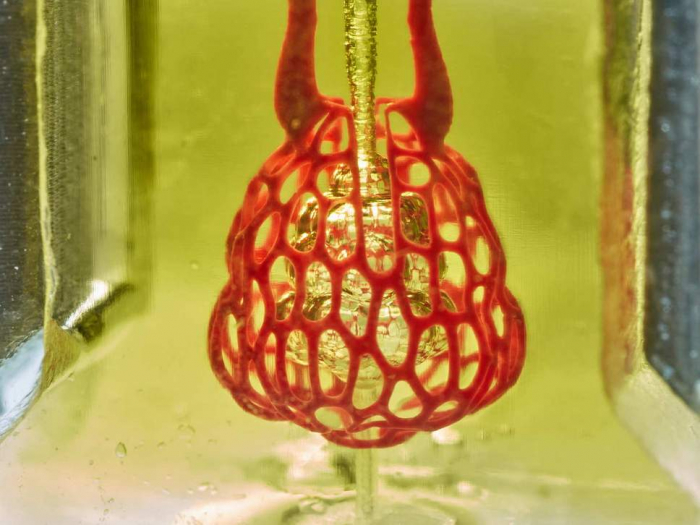 Scientists claim to have developed a breakthrough technique which may help to print 3D organs in the future.

Researchers working on organ bioprinting hope that one day replacement organs for transplants could be printed from patients’ own cells.

But, they have faced hurdles developing organ bioprinting.

Until now researchers have been unable to recreate the complex vascular networks which supply nutrients to tissues in the human body.

But a team of US bioengineers claims to have solved the issue, partly by using yellow food dye to help print organs.

“One of the biggest road blocks to generating functional tissue replacements has been our inability to print the complex vasculature that can supply nutrients to densely populated tissues,” said Jordan Miller, a bioengineer at Rice University.

“These interpenetrating networks are physically and biochemically entangled, and the architecture itself is intimately related to tissue function.

“Ours is the first bioprinting technology that addresses the challenge of multivascularisation in a direct and comprehensive way.”

Mr Miller and Kelly Stevens, a scientist at the University of Washington, led a team of researchers when developing the new technique.

The system produced soft hydrogel organ models, one layer at a time.

Layers from the technology were printed from a liquid solution, which became solid when exposed to blue light.

The breakthrough innovation, developed by Mr Miller and Bagrat Grigoryan, his lead co-author, came when the team added yellow food colouring to the mix.

The dye absorbed the blue light and helped the team create what they call the “intricate internal architecture” needed for vascular systems.

Because of the ingredient, the gel turned firm on the outside and remained pliable inside, as the dye had limited the solidification to a very fine layer.

“Tissue engineering has struggled with this for a generation,” Ms Stevens said.

“With this work we can now better ask, ‘If we can print tissues that look and now even breathe more like the healthy tissues in our bodies, will they also then functionally behave more like those tissues?’ This is an important question, because how well a bioprinted tissue functions will affect how successful it will be as a therapy.”

“We envision bioprinting becoming a major component of medicine within the next two decades,” Mr Miller added.

The team have used their research to produce a hydrogel model of a lung-mimicking sac, as a proof of principle.

Airways deliver oxygen to blood vessels in the model.

They also ran tests where researchers printed tissues, loaded them with liver cells and implanted them into mice with chronic liver injuries.

According to the team, the tests were successful and the liver cells survived the implantation.

The research is published in the journal Science.

“We are only at the beginning of our exploration of the architectures found in the human body,” Mr Miller said in a statement.

“We still have so much more to learn.”