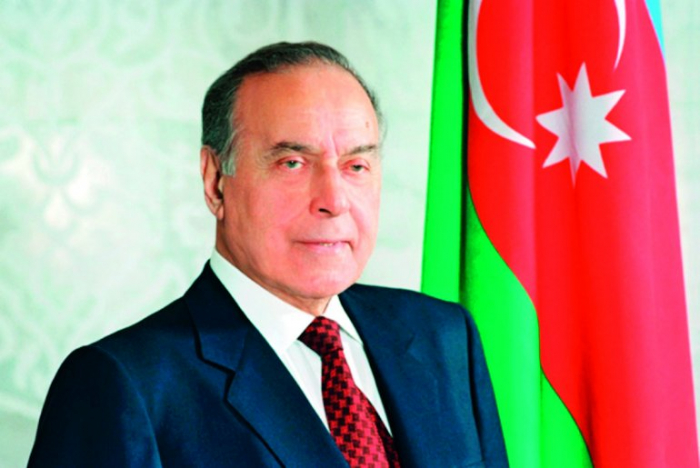 Qatar’s leading newspaper The Peninsula has published an article on the 96th birth anniversary of Azerbaijan’s national leader Heydar Aliyev.

The article was published on the initiative of Azerbaijan’s Embassy in Qatar.

“This year on May 10, Azerbaijanis celebrate 96th birthday anniversary of their national leader Heydar Aliyev. He was a great historical leader of Azerbaijan, who dedicated his life to the development and prosperity of his country and people.

Heydar Aliyev was born on May 10, 1923, in Nakhchivan, city of Azerbaijan. Working ever since in the security bodies, from 1967 he held the position of chairman of the Committee of State Security in Azerbaijan, and was conferred the rank of lieutenant general.

In October 1987, Heydar Aliyev, protesting against the policy pursued by Political Bureau of the Central Committee of the Communist Party of the Soviet Union and personally the Secretary General Michael Gorbachev, resigned from his position.

In July 1990, Heydar Aliyev returned to Azerbaijan and in the same year he was elected Deputy to the Parliament of Azerbaijan. After the collapse of the Soviet Union and beginning of Armenian aggression against Azerbaijan, the country faced the threat of civil war and loss of independence.  In such a difficult time the people of Azerbaijan invited Heydar Aliyev to Baku to retake the power and lead the country.

On December 12, 2003 national leader of the Azerbaijani people, President Heydar Aliyev passed away. As a result of Heydar Aliyev’s far-sighted domestic and foreign policy and intensive activities

Azerbaijan has started to play the role of a reliable bridge between the East and the West and become one of the most dynamic economies in the world.”