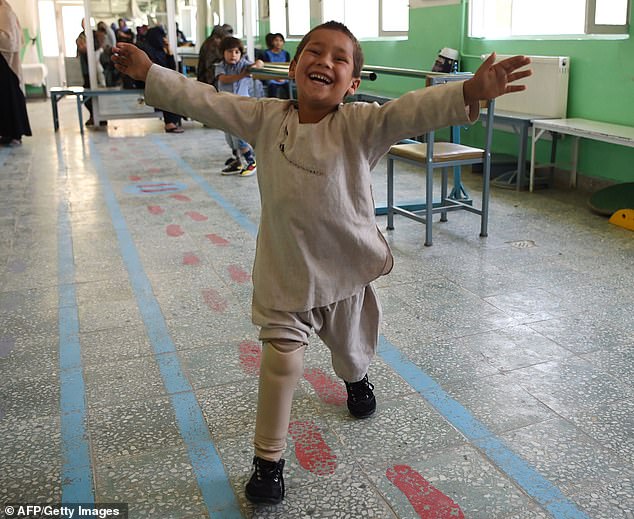 An Afghan boy couldn't contain his joy after receiving a new prosthetic leg and it's the cutest thing you'll see all day.

Ahmad Rahman lost his right leg to a landmine when he was only eight months old, so when he finally received an artificial one, he had to show off his dance moves.

In the adorable viral video, posted by the International Committee of Red Cross Afghanistan, the five-year-old is seen dancing to traditional music with a big smile on his face, while the nurses at the Kabul hospital cheer him on in the background. The post reads:

After receiving the artifical limb in our Orthopedic center, he expresses his emotion with a dance and smile on the face.

Since it was first posted on Tuesday, the post has been viewed almost one million times. Since the boy's family lives in a village a few hours away from the hospital in Kabul, his mother has to travel far to visit her son. Upon receiving the news that he finally received a prosthetic limb, she said:

I want him to go to school and become a doctor or a teacher. I am so happy ... he is a good kid.

Over 100,000 people have received artificial limbs at the hospital in Kabul since 1988.