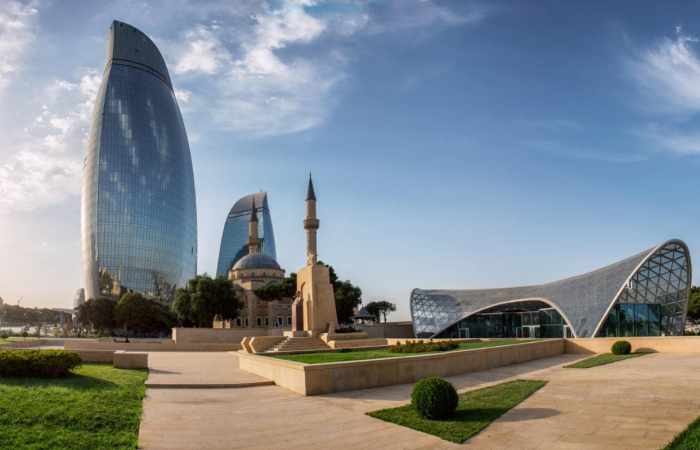 The Azerbaijani capital, with its swirling blend of neo-Stalinism and oligarch-chic, proved a fascinating host of the inaugural European Games in 2015. Here, are some of its many highlights.

Azerbaijanis revere fire, and their obsession is no better emphasised than in the form of three huge skyscrapers which literally light up the skyline each night with moving images of flames and other neon vagaries. The skyscrapers – which incorporate hotels and office space – are completely plated with LED screens and their effect is impressive, if slightly OTT.

No trip to Baku would be complete without a visit to the National Carpet Museum: it’s even designed to look like a roll of carpet. You can try your hand at traditional carpet weaving and, well, look at carpets. Once you’ve had enough, it’s a quick walk to the coffee bars on the windy waterfront, an ideal place to reflect on your new-found knowledge. 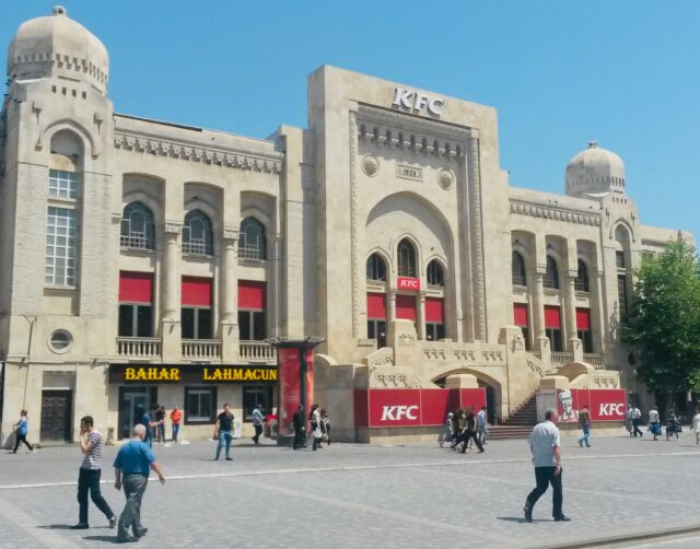 
A chicken wing’s throw from all its flame-grilled architecture, Baku boasts the world’s biggest Kentucky Fried Chicken restaurant. Of course it does. The 1,600 square metre restaurant has taken over one of the city’s old railway stations. The restaurant has 300 seats and sells approximately 1.5 million meals per year. 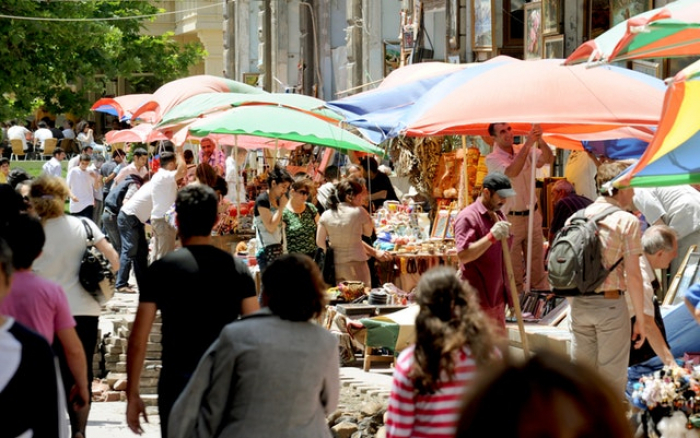 Markets proliferate in Baku. But beware the pumpkin-sellers (Anthony Devlin/PA)

Baku’s old town teems with fruit and vegetable markets, the best of which is the ancient Taza Bazaar, close to Nizami metro station. It’s worth the trip alone if only to snap a photo or two of blokes selling pumpkins straight from the boots of battered old Soviet Ladas. But be warned: they’re wise to the appeal and will probably expect money in exchange for a photo.

A giant Azerbaijani flag, measuring 70 by 35 metres, flies in the appropriately-named National Flag Square, close to the waterfront. No longer, alas, is it the largest flag in the world, having been pipped by a UAE flag in Sharjah in 2017. Close by is a tower which proudly boasts the daily temperature. Locals claim it is permanently stuck on 39.5 degrees in summer, because of a law allowing locals to leave work if it hits 40.