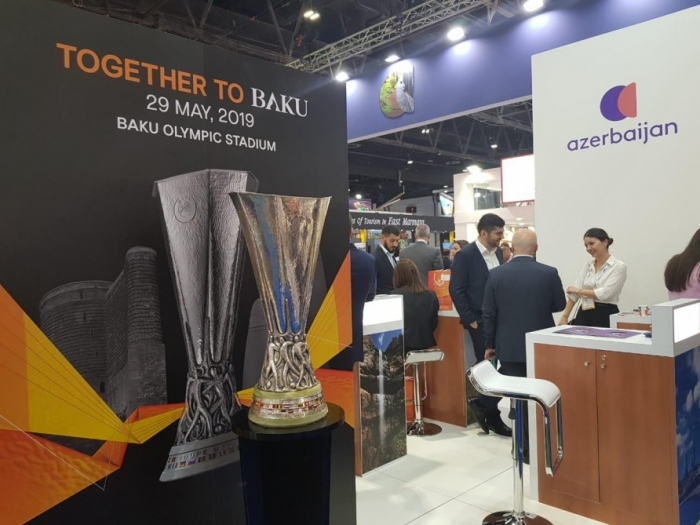 The UEFA Europa League cup was brought to Baku on May 17 by a private plane that accompanied by UEFA representatives and several well-known players, AzVision.az reports.

The UEFA Europa League Trophy is the heaviest of all UEFA silverware. Tipping the scales at 15kg, it is 65cm high, 33cm wide and 23cm deep.

The trophy, a silver cup on a yellow marble plinth, was designed and crafted by the Bertoni workshop in Milan. Unlike the other cups handed out at European club competitions, the trophy has no handles. Just above the plinth, a group of players seem to be jostling for the ball, when, in fact, they are supporting the octagonal 'cup' which is emblazoned with the UEFA emblem.

The UEFA Europa League final between Arsenal and Chelsea will take place at Baku Olympic Stadium on May 29.