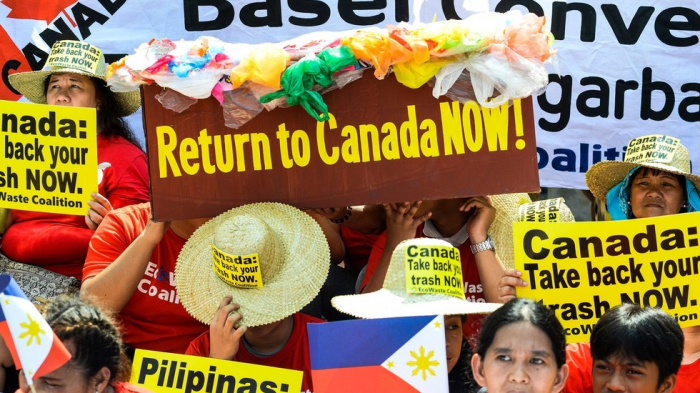 The Philippines rejected Canada's offer to take back its shipment of garbage by the end of June, ramming the message home that the waste should be returned as soon as possible. Manila had threatened to dump it all at the shore.

Ottawa agreed to take back its garbage of discord on Wednesday, promising to pay all the costs and ship it from the Philippines in less than two months. The offer, however, did not satisfy the authorities in Manila, who insist the waste should be repatriated "immediately."

"They said it will take end of June. The President [Rodrigo Duterte] will not agree with this," presidential spokesman Salvador Panelo said on Thursday, adding that the "trash will be sent back the soonest."

On Wednesday, the spokesman revealed that Duterte was "upset" by Ottawa's "inordinate delay" in taking back the waste, after it missed an agreed deadline of May 15. He even threatened to dump it in Canada's territorial waters. Earlier, the top Philippines officials vowed to unload the trash straight onto the shores of Canada.

The garbage issue proved to be quite damaging to the relations between the two countries that have been wrestling over it for several years already. Canadian trash was shipped to the Philippines in several batches between 2013 and 2014. While the 69 containers have been mislabeled as recyclable plastic, they turned out to contain some general garbage, newspapers and even used diapers.