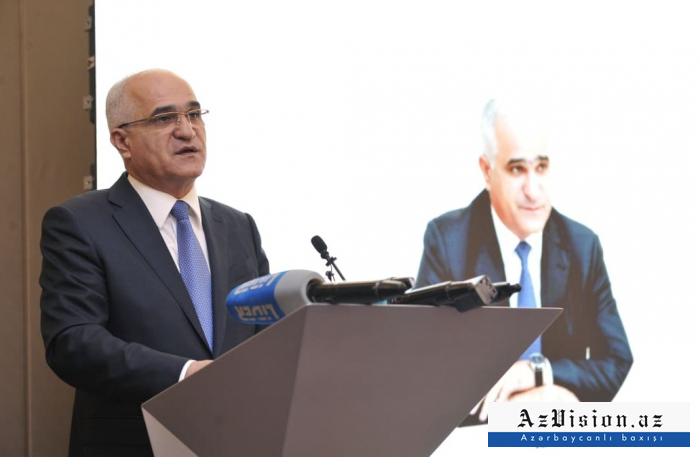 Over the past period, more than two million jobs have been created in Azerbaijan, said the country’s economy minister Shahin Mustafayev.

He made the remarks at a conference, titled “The State is The Best Partner of an Entrepreneur”, in Baku on Tuesday, AzVision.az reports.

He stressed that nearly $260 billion have invested in Azerbaijan’s economy over the past period, and half of them are foreign investments.

“More than 60 percent of investments are aimed at developing the country’s non-oil sector. In 2018, the share of private sector in GDP amounted to 85 percent and in employment to 76 percent,” Minister Mustafayev added.