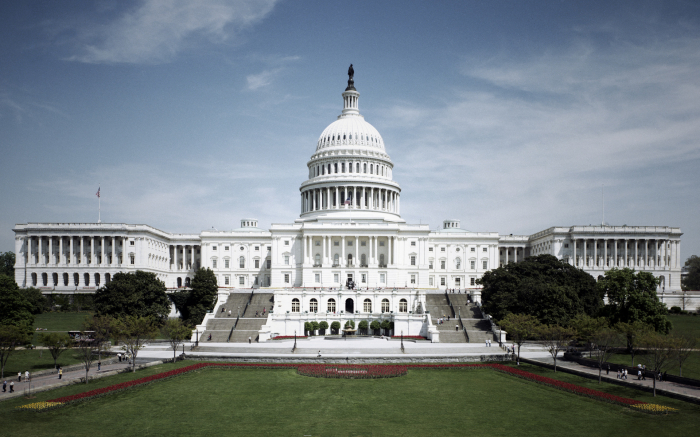 The relevant proclamation was signed by the city Mayor Muriel Elizabeth Bowser, the Embassy of Azerbaijan in the U.S. told AzVision.az.

The document emphasized that on 28 May 1918, Azerbaijan declared its independence by establishing the Azerbaijan Democratic Republic.

The Azerbaijan Democratic Republic became the first secular parliamentary democracy in the Muslim world and was recognized by other democratic nations, including the United States, said the proclamation.

It further noted that the current ambassador of Azerbaijan to the US, Elin Suleymanov, along with the two previous ambassadors, have been very active and have shown a great interest in Washington, D.C. The Embassy of Azerbaijan continues to partner with Washington, D.C. and is a major contributor to the educational and cultural diversity of the city.

As millions of Azerbaijanis around the globe, including those who live in the U.S. observe May 28 as the National Day of Azerbaijan, Mayor Muriel Bowser proclaimed this date as ‘Azerbaijan National Day’ in Washington, D.C. 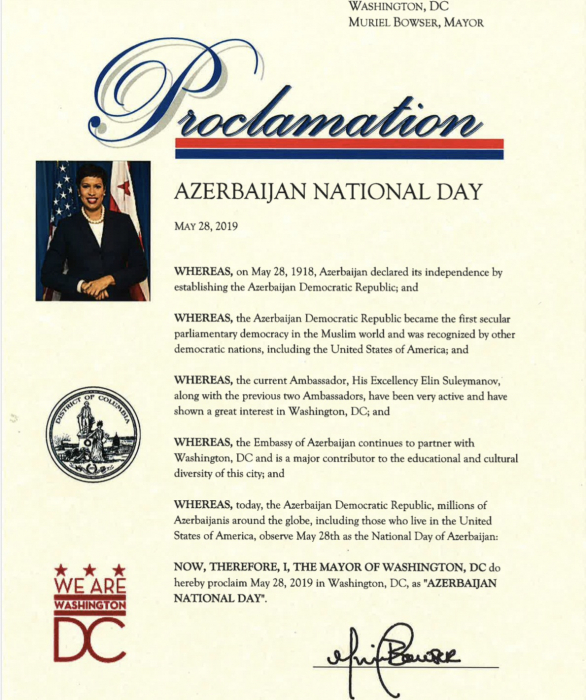