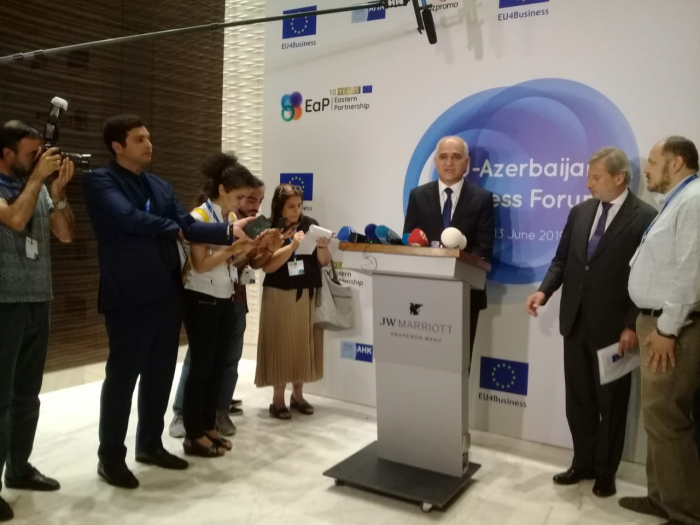 He said that Azerbaijan’s investments in the economy of the EU countries amount to $15 billion.

The minister noted that relations between the EU and Azerbaijan are rapidly developing, adding that Azerbaijan is the main partner of the EU in the South Caucasus.

He also noted that about 1,000 companies and businessmen are participating in the forum.