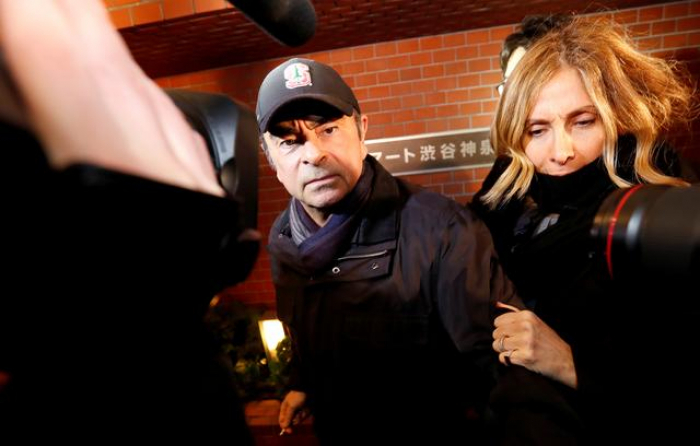 The wife of ousted Nissan Chairman Carlos Ghosn has again called on world leaders, who have gathered in Japan for a G20 summit, to help raise the issue of her husband’s treatment in the country where he is facing financial misconduct charges.

Ghosn, who holds French, Lebanese and Brazilian citizenship, has denied the charges and says he is the victim of a boardroom coup at Nissan Motor (7201.T). While he has been released on bail, he remains restricted from contacting his wife.

“My husband’s basic human rights have been violated. And all of this came about because a few people at Nissan were working to prevent a merger between Nissan and Renault which resulted in a corporate coup,” she said in a statement on Saturday.

Her comments come a day after Ghosn abruptly canceled what would have been his first press conference since his arrest in Tokyo in November. His lawyers cited concern that it could invite retaliation by Japanese authorities.