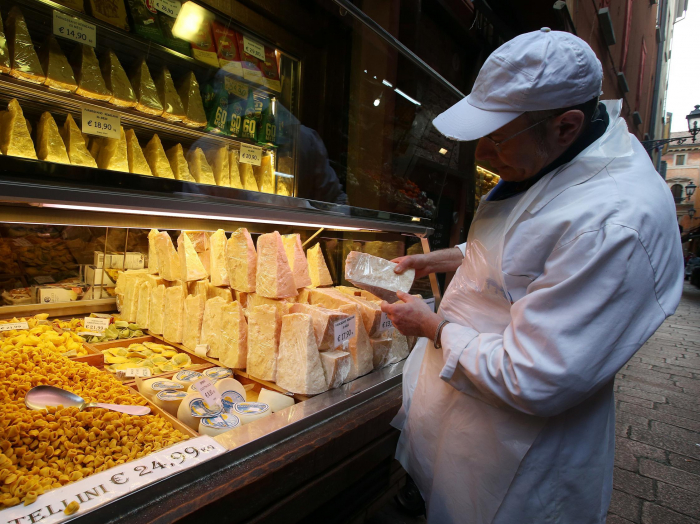 US moves to tax imports of Scotch whisky, hams, and popular cheeses such as gouda and Parmigiano Reggiano

Just days after reaching a truce in the US-China trade war On Monday, the US Trade Representative’s office (USTR) released a list of products made in the European Union that it is considering for additional import duties.

They include Scotch whisky, hams and pork, olives, pasta and popular cheeses such as gouda, Parmigiano Reggiano and pecorino romano.

US imports of these products were worth $4 billion in 2018, the USTR said in its note.

The move escalates a long-running trade dispute between the US and the EU and provides the latest example of Mr Trump’s bruising style on trade policy.

The US had proposed tariffs in April on EU goods worth $21 billion (£16.61) – including salmon fillets, cheeses such as stilton, virgin olive oil.

The US and the EU have been involved in a dispute over aircraft subsidies to Airbus (EU) and Boeing (US) for some 15 years and have threatened to impose billions of dollars of tit-for-tat tariffs on airplanes, food and tractors.

Both sides have used billions of dollars from government budgets to gain a competitive advantage.

Last year, the US started charging import levies on steel and aluminium from allies including the EU.

The EU retaliated with tariffs on €2.8bn (£2.4bn) worth of US goods including orange juice, bourbon whiskey and motorcycles, which forced Harley Davidson to shift some of its production out of the US.

In its note, the USTR confirmed the new tariffs are being considered as a retaliatory move against airplane subsidies and said it would hold a public hearing on the proposed new levies.

Senior officials from Boeing and a US aerospace trade group urged the US government last month to narrowly tailor any tariffs imposed on the EU over illegal aircraft subsidies to avoid harming American manufacturers.

No comment was immediately available from Boeing or Airbus.

The Distilled Spirits Council of the US criticised the latest tariff threats and warned they would jeopardize US jobs and hurt consumers.

“US companies – from farmers to suppliers to retailers – are already being negatively impacted by the imposition of retaliatory tariffs by key trading partners on certain US distilled spirits ... and these additional tariffs will only inflict further harm,” she said.

They would come into force only after the World Trade Organisation(WTO), an international organisation that provides a forum for governments to settle trade disputes, announces its ruling on the dispute, which could authorise new tariffs. The ruling is expected over the summer but might slip to September.

The new escalation came on the same day as China and the US reached a truce over their ongoing, much bigger trade war.

The Trump administration introduced import tariffs on $200bn (£158.1billion) of Chinese goods. China responded with higher taxes of US products worth $60 billion (£47.5 billion).

Some of the tension subsided after Donald Trump and Xi Jinping agreed to resume negotiations at the G20 summit in Japan.