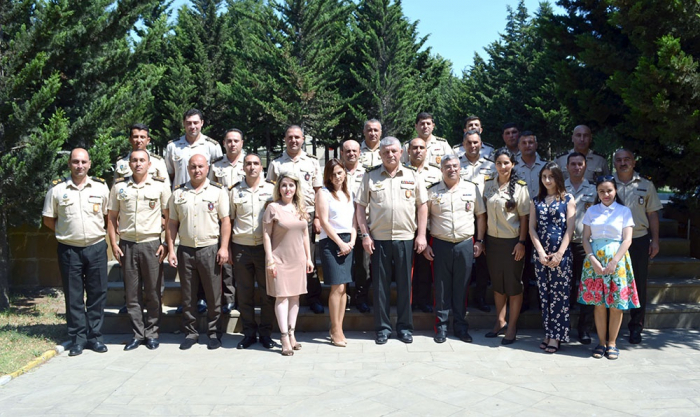 A graduation ceremony of the basic and intermediate English Language Courses organized for military personnel and civilian workers of the Azerbaijani Ministry of Emergency Situations was held at the War College of the Armed Forces, the Defense Ministry reported on Monday.

During the ceremony, the memory of national leader Heydar Aliyev and our citizens who sacrificed their lives for the territorial integrity of the country was honored with observing a minute of silence.

Chief of the War College of the Armed Forces, Lieutenant General Heydar Piriyev noting that the courses have been held by professional specialists of foreign languages, stressed the importance of organizing and conducting these courses. The Chief of the War College congratulated the graduates and wished them success in their future career.

Chief of the Academy of the Ministry of Emergency Situations, Major General Baba Salayev noted that the main purpose of the courses was to increase the level of foreign language skills of their personnel.

It was noted that this activity serves to develop and strengthen cooperation between the two ministries and it will be continued in the future.

In the end, graduates were awarded diplomas and certificates.