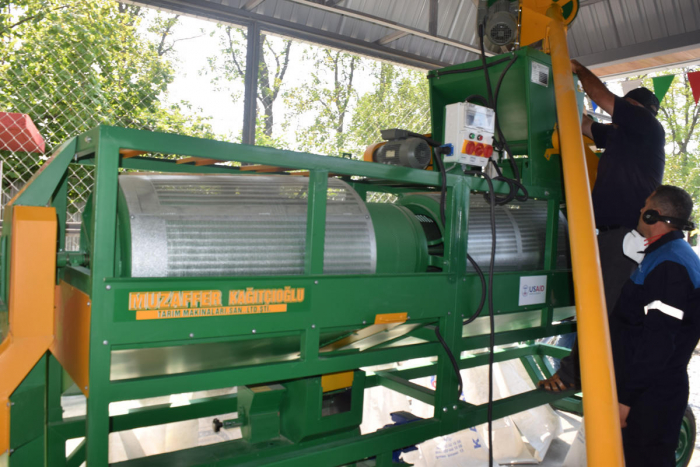 Azerbaijan’s Agency for the Development of Small and Medium-sized Enterprises (SMEs) has handed over a local feed production plant to local farmers and micro and small entrepreneurs operating in the agricultural business in the village of Aliabad in Zagatala District, the agency told Trend.

The capabilities of the feed production plant established under the project titled Socio-Economic Development Activity in Azerbaijan (SEDA), implemented by the Government of Azerbaijan and the US Agency for International Development (USAID), can be used by residents of Aliabad and farmers from the surrounding villages.

Production sites and warehouses have been established at the feed production plant, and equipment for cleaning grain, grinding feed and grass has also been installed. The total capacity of the equipment is 2 tons per hour.

A feed production plant was opened in the town of Gazangul (Zagatala District), along with an incubator in the village of Garakli (Balakan District), as part of the SEDA project in May of this year.