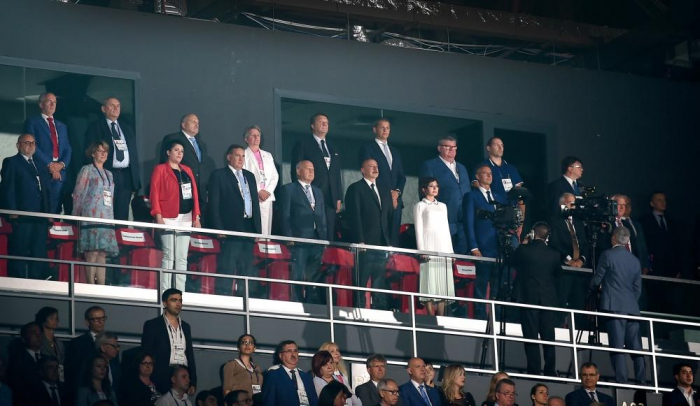 The event takes place under the Olympic flag, and is rich with Olympic traditions: from the burning flame to athletes’ and officials’ oaths. It is at the EYOF that many of Europe’s inspiring sports stars of tomorrow take their first steps on the international stage. And while some may enjoy EYOF as a stepping-stone to Olympic greatness, all who participate take home friendships and experiences to last a lifetime.

Baku 2019 will feature seven days of competition in 10 sports at 12 competition venues, all of which are already existing, making this edition of the EYOF also one of the most sustainable. Wrestling will join the EYOF program for the first time this year.

Approximately 3,600 young people and their officials take part in the summer festivals, while there are around 1,600 participants at the winter editions. The competitions consisting of 10 sports (Artistic Gymnastics, Athletics, Basketball, Cycling, Handball, Judo, Swimming, Tennis, Volleyball, and Wrestling) will involve over 2500 volunteers.

A total of 122 Azerbaijani athletes will vie for medals at the European Youth Olympics Festival to be held in Baku from July 21-27.

The solemn opening ceremony of the 15th Summer Youth Olympic Festival kicks off at 20:00 local time.

The national anthem of the Republic of Azerbaijan is played.

The state flag of Azerbaijan is carried and raised by servicemen of the National Guard under the accompaniment of the national anthem.

Then the traditional parade of athletes began.