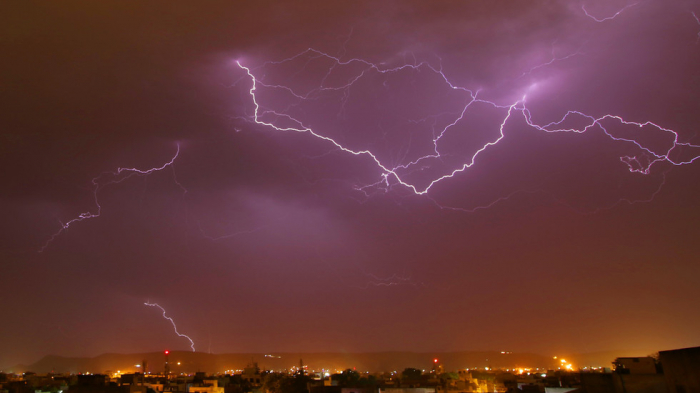 At least 32 people have died in the Indian state of Uttar Pradesh and many more were injured across the country after being struck by lightning, the deadliest weather event in India, which claims over 2,500 lives every year.

Lightning claimed the lives of at least 32 people across 10 cities and districts in Uttar Pradesh in northern India, the authorities reported Sunday. Chief Minister Yogi Adityanath expressed condolences to the families of the deceased and ordered the district administrations to provide compensation to the relatives.

The same day, at least 26 rural workers in the state of Rajasthan, also in northern India, were injured in a lightning strike that hit the state’s Pali district. The injured laborers were taken to a nearby hospital for treatment. 18 people were later released while eight female workers remain in hospital care.

It came two days after a lightning strike killed nine people, including eight children, in the Bihar state bordering Nepal. The victims were members of the socially marginalized Musahar community, traditionally known as rat-catchers. Musahars mostly live an isolated lifestyle below the poverty line in Bihar.

Also on Friday, eight children survived a lightning strike that hit a tree under which they were playing in Bihar’s Nawada district.

Lighting is very common in India, especially during monsoon season, which stretches from June to October. In fact, it kills more people every year in India than any other extreme weather event, including floods and heat waves. A recent survey found it was responsible for 40 percent of all deaths from weather-related phenomena between 2001 and 2014. It is estimated that the annual death toll from lightning is over 2,500.