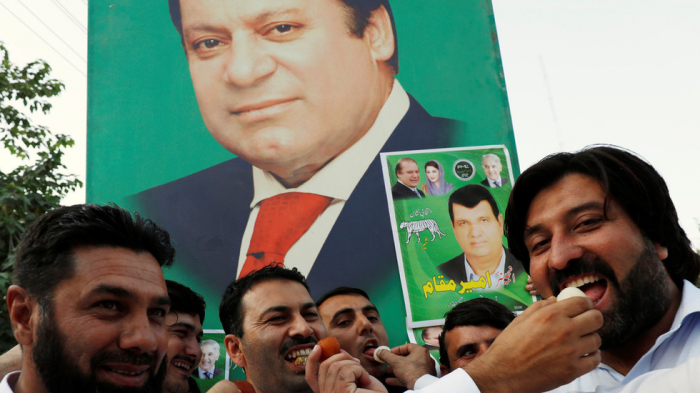 Pakistani PM Imran Khan promised he would make sure that a billionaire ex-PM who is now serving a seven-year sentence for corruption does not get any perks such as home-cooked meals, TV, or air conditioning behind bars.

Addressing reports that Nawaz Sharif, a former Pakistani PM who was sentenced to seven years in prison in December, is enjoying a cozy life with home-cooked meals, television, and an air conditioner, Khan told a Pakistani diaspora in Washington that once he is back home, Sharif would be having none of that.

“I am going to go back and make sure there is no air conditioning or no TV for Nawaz Sharif who is a criminal. I know Maryam Bibi [Sharif’s daughter and leader of Pakistan Muslim League party] will make some noise, but I say to her, return the money. It’s as simple as that,” he said.

Sharif was convicted on a corruption charge stemming from the 2016 Panama Papers revelations. He is still consideredone of the richest men in Pakistan, with a net worth estimated at $1.9 billion as of December 2018.

Khan said that allowing Sharif to have preferential treatment in jail would be unfair to the Pakistani people. “Nawaz Sharif wants food from home in jail, he wants air conditioning in jail. But in a country where half the population has no air conditioning or TV, what kind of punishment would this be?”

The Pakistani PM, who was the nation’s most celebrated cricketer before turning to politics, was addressing a packed audience of about 30,000 Pakistanis in Capital One Arena in Washington, ahead of a much-anticipated meeting with US President Donald Trump scheduled for Monday.

After ranting about Sharif’s alleged luxury life in jail, Khan vowed to bring every corrupt politician to justice and return their Ill-gotten gains to the Pakistani people.

“We have started seizing their undeclared properties; the billions they have taken overseas, we are in talks with other governments to bring that looted wealth back to Pakistan.”