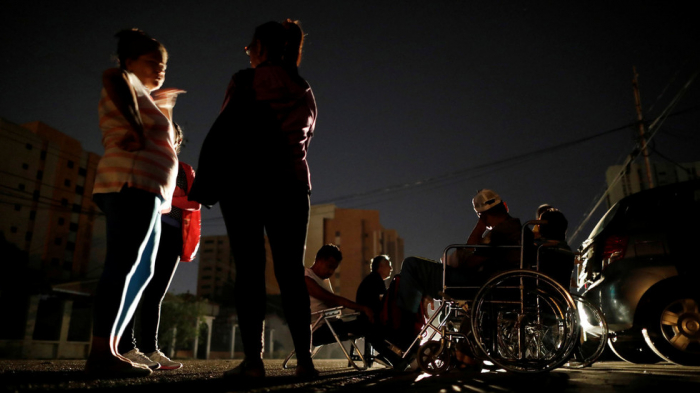 Massive power outages all across Venezuela were likely caused by an “electromagnetic attack,” the government of President Nicholas Maduro said, stressing that authorities are working to restore the service as soon as possible.

The blackout affected the entire nation, Minister of Communication and Information Jorge Rodríguez said on Monday evening, claiming that the power was knocked out by outside interference. The government has activated all the necessary protocols to provide safety for Venezuelans and work crews are already working to restore power.

Preliminary probe into the incident has suggested the “existence of an electromagnetic attack that sought to affect the hydroelectric generation system of Guayana, the main provider of this service in the country,” the minister told state channel VTV.

While authorities are struggling to resolve the crisis, the US-backed opposition leader Juan Guaido has used the power outage to once again attack his political opponent, accusing President Maduro of “destroying” the country's electrical system.

In March, Venezuela suffered two major blackouts that sent the country into darkness for days. At the time, Caracas blamed it on cyberattacks on the Guri Hydroelectric generation and distribution system and accused the US-backed local opposition of sabotaging the power grid. Maduro also accused Washington of waging an “electricity war” to bring Guaido to power.