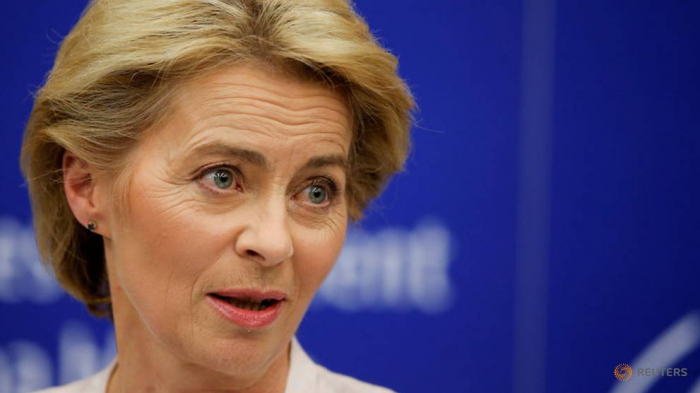 She was speaking in coal-dependent Poland, which last month blocked an EU bid to set a target of zero net greenhouse gas emissions by 2050 and called for measures to compensate for the costs of converting to new energy sources.

"There will be a huge investment necessary in regions that have to step up into new technologies and new jobs, that's why we will create the Just Transition Fund, to support those regions," Von der Leyen told reporters at a joint press conference with Polish Prime Minister Mateusz Morawiecki in Warsaw.

"We have to make sure that we ... take people along" as the EU reduces its emissions that cause global warming, she said.

With Britain expected to leave the EU by the end of October, von der Layen also announced that she would launch wide-ranging consultations on the future of the bloc after she takes office in November.

"We want to begin a conference on the future of Europe, that we go out in our member states and discuss how people, the European people think the future of their European Union should be," she said, calling it "an incredible endeavour."

Von der Leyen also touched on the thorny issue of the rule of law amid serious misgivings in Brussels over the legality of judicial reforms pushed through by Poland's right-wing Law and Justice (PiS) government.

The EU has launched unprecedented proceedings against Poland over "systemic threats" to the rule of law that could see its EU voting rights suspended.

"There are difficult issues we have to tackle like migration or the rule of law," von der Leyen said, calling for dialogue and mutual respect when addressing differences.

Prime Minister Morawiecki said he "great hope" for a "new opening" between Warsaw and Brussels in coming years adding that his talks with von der Leyen would focus on "a commissioner for Poland, a portfolio."

He indicated earlier this week that Poland was interested in "primarily" commission posts focused on the economy or finance.