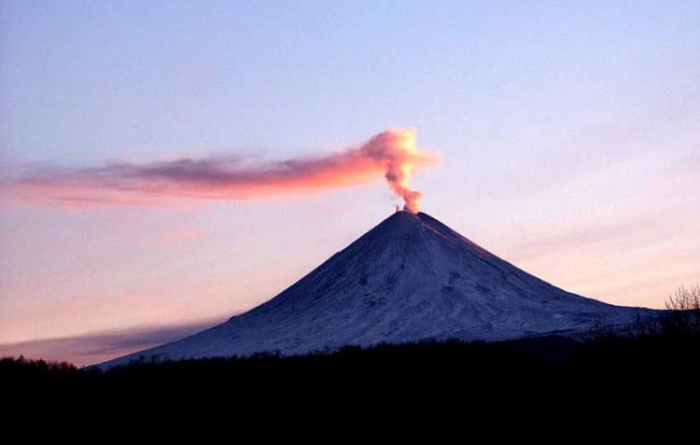 "On August 1, the Klyuchevskoy volcano belched ash. The column of ash rose 5,500 meters above sea level. The ash cloud spread nearly 10 km to the south of the volcano," KVERT said.

The "orange" code of aviation danger has been declared. The ash can be spat to the height of 5-7 km at any time, it said, warning that the volcano eruption could affect international and low-flying planes.

According to the Emergencies Ministry’s regional department, the ash cloud is not posing any threat to the settlements.

Klyuchevskoy, also known as Klyuchevskaya Sopka, has the height of 4,750 meters. It is the highest volcano on the continent and one of the most active volcanoes in Kamchatka. The volcano started erupting on July 5. The nearest settlement is located 30 km away from it.