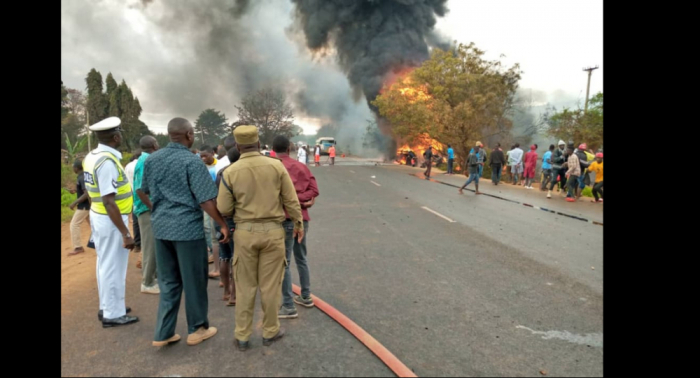 According to preliminary reports, an overturned vehicle has exploded in the city of Morogoro in the eastern part of Tanzania, claiming the lives of people who attempted to siphon fuel from the tanker, Sputnik reports.

An explosion occurred after an accident, when a fuel tanker overturned while trying to evade a collision with a moped on a road 200 km from the city of Dar es Salaam, Morogoro Regional Police Commander Wilbrod Mtafungwa told local media, adding that so far 61 bodies had been recovered from the scene of the tragedy.