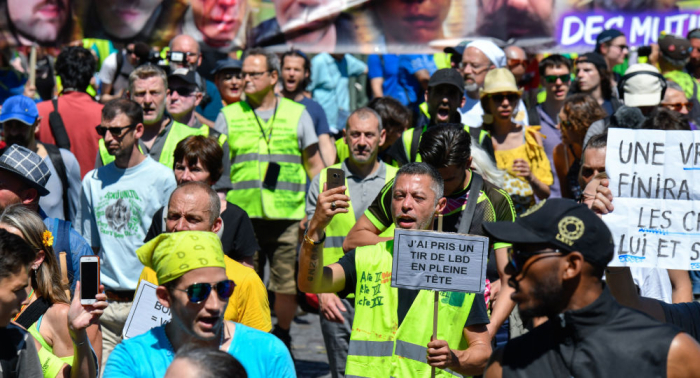 Numerous demonstrators are taking to the streets in order to oppose government policies in the French capital and protest against income inequality.

Last week, protesters also took part in a March of Silence against police brutality in Nantes, which resulted in numerous clashes and arrests of demonstrators.

The Yellow Vests movement started holding rallies in France in November 2018 over the government's plan to increase fuel taxes. While the French authorities have abandoned the idea, protesters continue to hold demonstrations across the country every weekend.