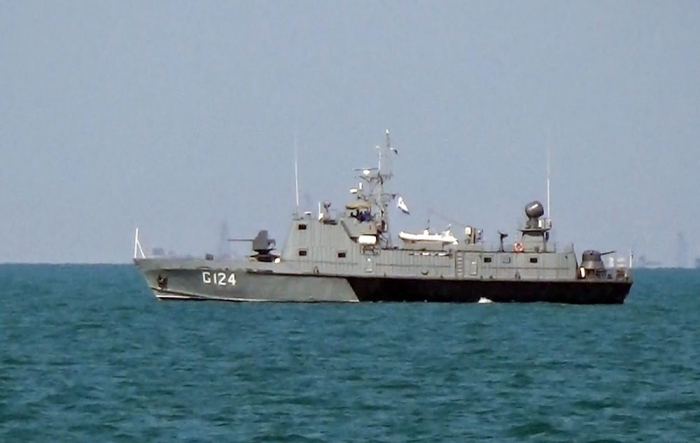 The Azerbaijani seamen managed to score 212 points to become the winner of the tournament held in Baku, Captain 1st Rank Subhan Bakirov, who headed the Azerbaijani delegation during the competition, said at a press conference on Thursday, AzVision.az reports.

According to the results of the tournament, the Russian team with 186 points ranked second, followed by Kazakhstan with 142 points and Iran 136 points.

Bakirov noted that the Sea-Cup 2019 tournament was well-organized and held in an atmosphere of friendship.

Addressing the press conference, Captain 1st Rank Sergey Yekimov, who led the Russian delegation during Sea-Cup 2019, expressed gratitude to the Azerbaijani side for organizing the tournament at the highest level.

“The competitions difficult and intense. Azerbaijani military seamen showed the highest professionalism. I congratulate the Azerbaijani team,” he added.

Later on, the heads of Iranian and Kazakh delegations spoke at the event, praising the excellent organization of the international tournament.