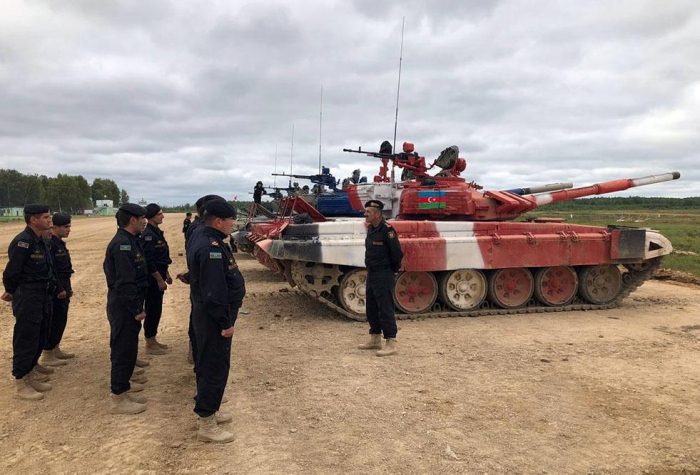 Azerbaijani tankmen who reached the finals of the “Tank Biathlon” contest, which is held as part of the International Army Games-2019, have completed the preparation for the finals, AzVision.az reports on Aug. 15 referring to Azerbaijani Defense Ministry.

Tank crews and technical support groups inspected the combat vehicles that will be used in the final relay race.

Azerbaijani tank crews have also checked the military equipment and carried out the adjustment fire from the tank standard armament.

As a result of the drawing procedure, Azerbaijani tank crews will compete with the teams of Russia, Belarus, and Kazakhstan in the final relay race in the first division on August 17.