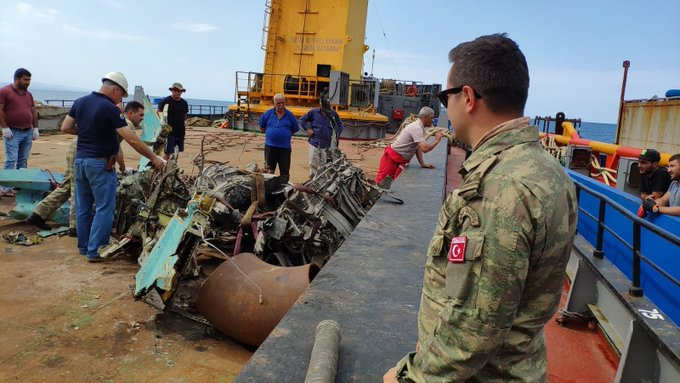 Turkey’s Ministry of National Defense has released an image of the newly-recovered fragments of the crashed MiG-29 aircraft of the Azerbaijani Air Force.

The search for the missing pilot and the black box – the aircraft’s flight data recorder – is going on, the Turkish ministry tweeted on Friday.

The aircraft of the Azerbaijani Air Force crashed into the Caspian Sea during an overnight training flight on July 24. The connection with the MiG-29 plane was suddenly lost, and it disappeared from the radars.