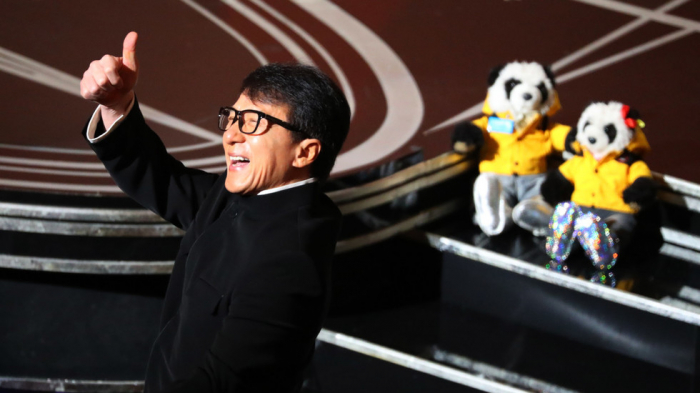 After a video appeared online earlier this month showing protesters defacing the Chinese flag, a number of Chinese and Hong Kong celebrities took to social media to voice their patriotism, including Chan, who exclaimed “I am the flag bearer!” in a recent post on the Chinese blogging platform Weibo.

“I wanted to express the most basic patriotic emotion as a Hong Kong community member,” Chan said. “I feel the pride of being Chinese everywhere, the five-starred red flag is respected worldwide.”

“Hong Kong and the mainland are my birthplaces and my home; I love my country and my home,” Chan continued. “I really hope that Hong Kong can return to peace soon.”

Chan’s somewhat mild call for peace had the opposite effect online, however, where an angry Twitter mob soon gathered to hurl invective in the kung fu master’s direction.

Jackie Chan has sold himself to CCP [Chinese Communist Party] long time ago, a devil under human clothes,” one user said.

A Hong Kong-based journalist tweeted out the video of Chan’s comments with the caption: “For those who still don’t understand why #HongKong people hate Jackie Chan.”

Some commenters gave pushback, with one user asking skeptically, “All Hong Kong people?” and another following up“Not all. Most people support our country.”

Chan is not the first Chinese celebrity to find himself in the crosshairs of internet outrage this week. Liu Yifei, the star in Disney’s upcoming live-action remake of Mulan, an animated 1998 film, faced down angry tweeters on Thursday after writing a post in support of the Hong Kong police force.