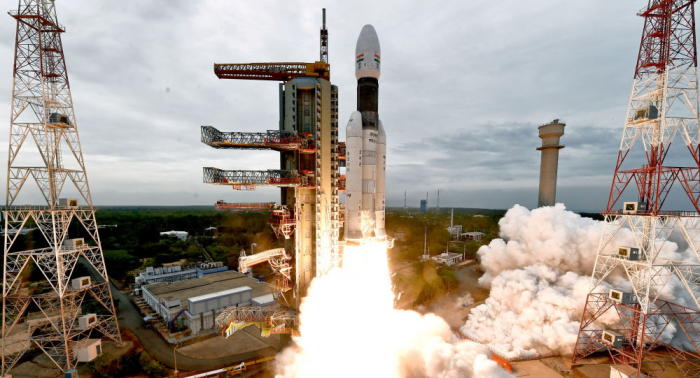 India’s ambitious space mission with its second lunar probe Chandrayaan-2 crossed another hurdle successfully by inserting the satellite into the lunar orbit on Tuesday at 9:02 a.m. IST as planned.

“Following this, a series of orbit manoeuvers will be performed on the Chandrayaan-2spacecraft to enable it to enter its final orbit passing over the lunar poles at a distance of about 100 km from the Moon’s surface", said ISRO in a statement.

The lander will subsequently separate from the orbiter and enter into a 100 km X 30 km orbit around the Moon, followed by a series of complex braking manoeuvers to soft land in the South Polar Region of the Moon on 7 September 2019.

It will be the first space mission to attempt to soft land the lander – Vikram and rover Pragyan in a high plain between two craters at a latitude of about 70 degrees south.

ISRO said the health of the spacecraft is being continuously monitored from the Mission Operations Complex in the southern city of Bengaluru and all systems are healthy.

The lunar South Pole is especially interesting because the area there remains in the shadows and is much larger than its North Pole. The possibility of the presence of water there is much higher and the craters in cold traps could contain a fossil record of the early Solar System. India’s first Lunar Mission in 2008 had identified traces of water on the Moon.

The probe was launched on the 22nd of July from a spaceport on the eastern seacoast of Sriharikota in Andhra Pradesh.

The 3,850 kg spacecraft was fired on a massive rocket, GSLV Mark III, which is India’s most powerful launcher to date and is completely designed and manufactured in the country.