Plane erupts in flames after aborted takeoff at California Airport 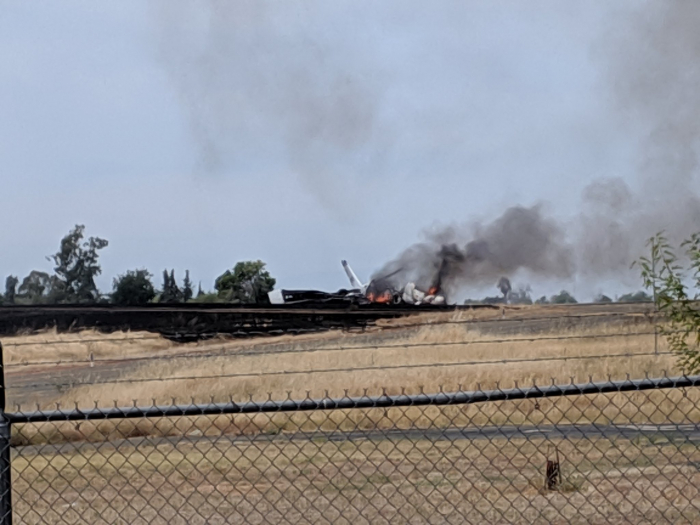 A plane at California's Oroville Municipal Airport erupted in flames on Wednesday after officials decided to abort takeoff procedures.

The incident unfolded at roughly 11:30 a.m. local time moments after the plane was due to takeoff from the Butte County airport. All 10 people onboard, eight travelers and two pilots, walked away from the plane without any injuries, Oroville Public Safety Director Joe Deal told the Oroville Mercury-Register.

Footage shared on social media shows the plane ablaze as a clouds of smoke rise into the air. A grass fire is also seen, however, it was quickly put out by responding Oroville firefighters.

​According to Deal, the plane had just been refueled with some 480 pounds of gas.

As a result of the blaze, Oroville officials closed off a portion of the Highway 162 near the airport over concerns that the spilled fuel could potentially ignite.

​The Federal Aviation Administration and officials with the National Transportation Safety Board are looking into the cause of the fiery incident.