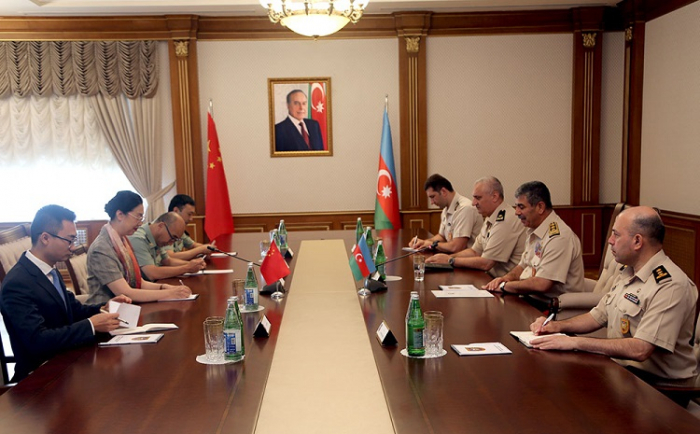 The Minister of Defense of Azerbaijan, Colonel General Zakir Hasanov met the newly appointed Ambassador Extraordinary and Plenipotentiary of the People's Republic of China to our country on August 22, Guo Min.

The Minister of Defense has congratulated the ambassador on the commencement of diplomatic activity in our country and wished her success in expanding cooperation between Azerbaijan and China.

Colonel-General Z. Hasanov noting that military cooperation between Azerbaijan and China is developing in the same way as in other areas expressed confidence in its future continuation.

The Ambassador expressed satisfaction with the beginning of diplomatic activity in our country and stressed that she would make every effort to develop Azerbaijani-Chinese relations, in particular, cooperation in the military field.

During the meeting, issues of cooperation between our countries in the military, military-technical, military-educational and other fields, as well as the organization of a mutual visit of specialist groups were discussed.