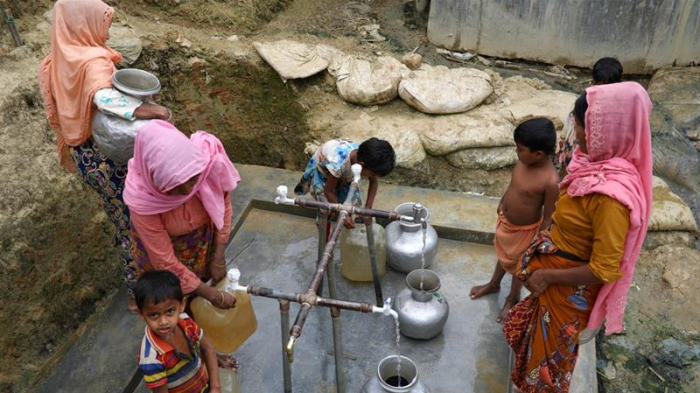 The security forces in Myanmar carried out sexual and gender-based violence against women, girls, boys, men and transgender people violating the international human rights, says the Independent International Fact-Finding Mission on Myanmar in their report published on Thursday in New York.

According to the Mission, rape and sexual violence show the Myanmar military’s genocidal intent to destroy the Rohingyan population through “the widespread and systematic killing of women and girls, the systematic selection of women and girls of reproductive ages for rape, attacks on pregnant women and on babies, the mutilation and other injuries to their reproductive organs, the physical branding of their bodies by bite marks on their cheeks, neck, breast and thigh, and so severely injuring victims that they may be unable to have sexual intercourse with their husbands or to conceive and leaving them concerned that they would no longer be able to have children. ”

During the “clearance operations” of 2012, 2016 and 2017, the Kachin and Shan ethnic minorities in northern Myanmar and the Rohingyans in the western state of Rakhine have been the main targets of the abduction, rape, gang rape, sexual torture, sexual slavery and different forms of sexual and gender-based violence.

The report highlighted that as a “part of a deliberate, well-planned strategy to intimidate, terrorise and punish a civilian population”, Rohingyan Muslims have been subjected to rape and sexual violence by the Myanmar military, Border Guard Police and other security forces which accounted for 82 per cent of gang rapes.

“Sexual violence is an outcome of a larger problem of gender inequality and the lack of rule of law,” the missions claims, highlighting that females including transgender people are more susceptible to the sexual and gender-based violence in Myanmar which ranked 148 out of the 189 countries in the United Nations’ Gender Inequality Index 2018.

Ever since more than 700,000 Rohingyan fled to Bangladesh to escape “clearance operations”. In comparison with Rakhine, Rohingya women and girls had access to health services in Bangladesh.  “In our country, people usually don’t go to the hospital because of the high rate of killings of newborn babies”, one of the victims told to the Mission. Therefore, most of the women and girls died of severe injuries and a lack of access to medical care in Myanmar.

“Clearance operations” caused both physical and mental harm to female members of the Rohingyan community. As being survivors of sexual and gender-based violence, they suffered from other negative consequences such as “forced and early marriages of girls, unwanted pregnancies, pregnancy terminations and the care of children conceived through rape”.

However, the government denies the sexual and gender-based violence perpetrated by the military failing to prevent and take bold steps against human rights violations and holding perpetrators responsible for the criminal offences.

Instead, “at a news conference in Myanmar on Friday, military spokesman Major-General Tun Tun Nyi called the accusations "groundless" and based on "talking stories", the Reuters reported.

The mission calls the Government of Myanmar, all parties to the conflicts and the international community to take urgent actions for holding the perpetrators of rape and other forms of sexual violence accountable, not their victims.